Skip to main content
Home » News/Views » Grow for independence, plan for the people

Grow for independence, plan for the people 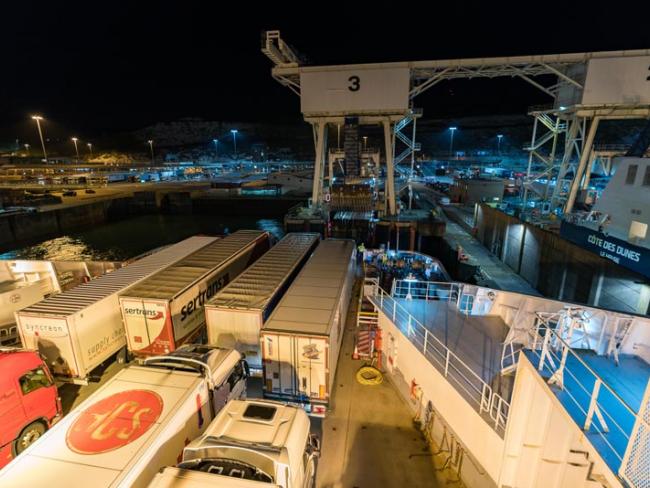 It’s one of the central tasks of any government: to be able to ensure that the population can be fed. That can’t be left to market forces, just-in-time logistics, or the whims of foreign governments…

When the “Kent variant” outbreak of Covid-19 hit, some foods bound for Britain suddenly became unavailable on supermarket shelves after France stopped traffic across the Channel. It’s a very topical example of what people are starting to call “food security”: the ability of a country to feed its people.

The short supply of commodities that resulted has largely been overcome by the efforts of workers in the food sector, but could return any time another variant becomes a threat.

Our history contains other enlightening examples. The beginnings of both the First and Second World Wars exposed a dangerous dependence on imports, discussed in more detail in the September 2020 issue of Workers.

Earlier, the Boer War had exposed the poor nutritional state of the people. A third of all conscripts were deemed medically unfit for military service.

The weakness of the current system has also been exposed by events such as the lorry drivers’ strike in 2000 and the Eyjafjallajökull eruption in 2010. The eruption stopped air freight of such apparently vital goods as Kenyan roses, asparagus, beans and broccoli – none of which falls into the category of non-indigenous, that is to say crops which the British climate and conditions prevent us from growing.

Internationally there have been two recent food price crises, from 2007-2008, coinciding with the banking collapse, and 2010-2012. The first of these saw food riots in Africa, Asia and the Middle East. These events repay study, not least for the role speculation by hedge funds played in making things worse by raising prices.

These events also expose the vulnerability of the just-in-time approach to logistics that has come to dominate the food industry. Capitalists love just-in-time. It decreases the amount they have to spend on storage, and, above all, labour. But it does not meet the needs of the people.

In 2019 Britain imported 45 per cent of the food we eat. Measured another way, researchers have estimated that, of the recommended daily levels of nutrients, we depend on imports to meet our energy, fibre, total carbohydrate, iron, zinc and vitamin A requirements.

We currently produce only 16 per cent of our fruit but that could change – see the article in this issue on apples and pears (see page 18), which tells both the sorry history of grubbing up orchards, but also of a revival.

While few of us work directly in agriculture, around 428,000 workers, far more work in the food industry as a whole, including manufacturing, retail, wholesale and catering  – around 4.1 million out of the UK workforce of about 33 million.

The structure of the food industry does not help security of supply. Eight or nine supermarkets, some foreign-owned, dominate. One of them, Tesco, accounts for nigh-on 30 per cent of the market. Contract catering is dominated by two giants, the French Sodexo and the British company Compass, while fast food is the preserve of large, usually American companies. The rest of the catering sector is mainly small enterprises. Is this what a secure, safe food industrial sector should look like?

The House of Commons Environment, Food and Rural Affairs committee recently issued a second report on food security in the context of Covid-19, dominated by discussion of food poverty, and measures such as food banks, food parcels, and free school meals. Much of what is said would not be out of place in one of those Victorian sermons on the necessity of charity towards the deserving poor.

What has brought us to this pass? The concerted depression of wage levels, unemployment, a war on the workers, and a belief among some in the working class that arguing about the level of state benefits is a substitute for fighting for wages.

Only a revival of the central purpose of trade union organisation, to fight to control and increase the price at which we sell our labour power, will put this discussion in its proper perspective.

The government has promised us a Food Security Minister, annual reports, and is looking at enshrining in legislation a “Right to Food”. Such rights do little except to line lawyers’ pockets.

It also appointed Henry Dimbleby to devise a National Food Strategy, and Dimbleby’s second report is due out in July. If the first report, discussed last year in Workers, is anything to go by, it is unlikely to offer the thinking at a national level that the situation requires.

What solutions might there be? What can we do to produce more ourselves?  And how might this be achieved? Climate and geology play a part, but human knowledge and skill can transcend these limitations. There will always be foods that are impossible to produce cost-effectively in Britain, and trade deals are being agreed weekly with countries that can supply some of these.

The 98 per cent increase in world population between 1961 and 2000, largely driven by an increase in food productivity of 146 per cent, was enabled by scientific advances. Many yields doubled. What can research now contribute to ensure greater food security? We can do even more in the control of animal, fish and plant disease. We can apply recent insights in genomics to animal, fish and plant breeding.

Researchers are also considering the potential of new sources of food. We should not dismiss these out of hand, though the search for them is often driven by doom-mongers. These include new cereals and pulses, insects, marine food sources not yet exploited, and even algae.

But there is one simple measure to increase food security – the revival of the provision of food at work. At one time workplaces, hospitals and schools could be relied on to provide canteens with nutritious cheap meals, prepared on site. Too many workplaces have closed these down, or outsourced them and ramped up prices.

Many workers have even allowed the abolition of a lunch break, time needed to eat a decent lunch, and, incidentally, discuss the issues of the day with one another.

But above all, the food industry as currently organised relies on cheap labour. Workers in the sector must assert their skills, and demand that labour in the industry be paid properly, that job insecurity be eliminated, and that the employer and the government support the skills and training needed for a food-secure Britain.

We must never allow the government to impose any economic blockade aimed to bully other countries by cutting off the supply of food. One of the principal aims of economic blockade, as practised by imperialist powers against countries that assert their independence, has been to starve the population into submission and compliance.

This was the approach taken, alongside military intervention, with the infant Soviet Union, or more recently against Iraq. The longest-lasting blockade in modern history, still in force, is the US blockade of Cuba, initiated by John Kennedy in 1962.