HGV drivers: Why the shortage? 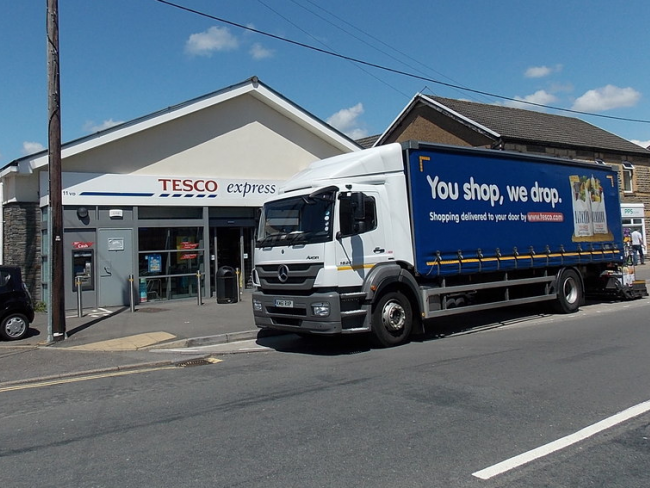 Tesco lorry delivering in Pontyclun, Rhondda Cynon Taf, Wales. Tesco says it is having to throw away food because it lacks the drivers to deliver to its stores.

The Road Haulage Association (RHA) has reported that there are currently 70,000 vacancies for HGV drivers, a shortage of “catastrophic proportions”. This is illustrated by Tesco’s admission that it is being forced to bin nearly 50 tonnes of fresh food every week because there are too few lorry drivers to transport produce to its stores.

At a time when unemployment is above pre-pandemic levels, the transport industry shows that poor pay and training are a drag on British productivity.

In its report, “UK Driver Shortage – RHA calls for action”, the association calls out the government (though not the industry), for the “long-term ineffectiveness of apprenticeships for lorry drivers”. But the report’s headline remedy for this crisis is to call upon the government to either place drivers on the Shortage Occupation List, or create a Seasonal Visa Scheme similar to farm workers.

Such action is both backward-looking, with employers longing for the good old pre-Brexit days of importing cheap foreign labour, and unlikely to succeed, as there is an EU-wide shortage of drivers. Although the report details the requirements for a comprehensive training scheme, it fails to address the major cause of the shortage: poor levels of pay.

The report says that “respect for drivers and the vital skilled contribution they make for society needs to be better recognised”. That won’t happen until the industry pays wages that will recruit and retain British drivers, and is prepared to pay for proper training.

A similar shortage exists in the construction industry, which once employed many Polish and Lithuanian workers. Unless they can persuade the government to grant visa exemptions for foreign labour (which it might do), employers will be forced to take on and train British workers at rates of pay they can live on.