Skip to main content
Home » News/Views » Ireland and the EU: a bad marriage

Ireland and the EU: a bad marriage 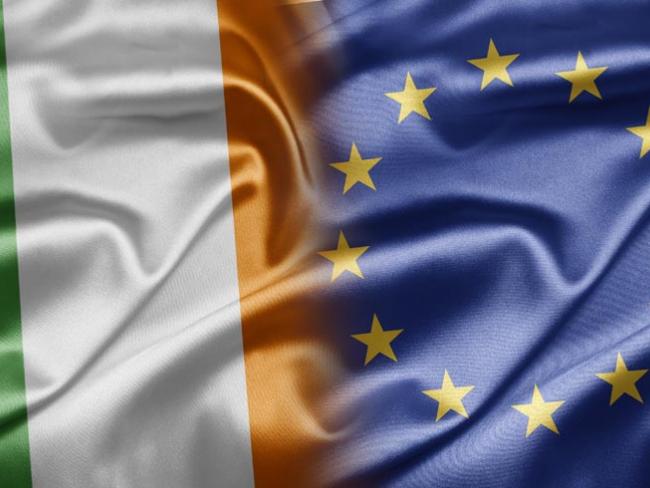 This book by the former Irish Ambassador to Canada describes Ireland’s entanglement with the European Union and makes the case for Irish independence from the EU.

The Irish Government’s hardline anti-British stance on Brexit, urged on by the EU, endangered the close Anglo-Irish cooperation since the Good Friday Agreement. This cooperation is in Ireland’s economic interests and is also needed to sustain the GFA.

The EU was not a party to the GFA. This did not stop Guy Verhofstadt, the European Parliament’s lead on Brexit, claiming that the EU had brought peace to Northern Ireland. A claim that is entirely false, and the Dublin government knows it.

The EU pushed the Irish “backstop” provision in the Withdrawal Agreement to punish Britain. A senior German MEP, Hans Olaf Henkel, said in 2017, “They would seek to make sure that Brexit was such a catastrophe that no country dares to take the step of leaving the EU again.”

The EU continues to interfere with scant regard for Ireland. The hasty invocation last month of Article 16 of the Northern Ireland Protocol – and its sudden reversal –completely ignored the Irish government. That there were unlikely to be any coronavirus vaccines exported to the north was irrelevant. Ireland was used again as a tool to beat Britain.

Until 2012 Ireland was a net beneficiary of EU funds. In 2013, it became a net donor. In 2018 it paid 720 million euros, in 2019 over a billion euros. In 2019 the European Commission estimated that the British departure and new spending would cost Ireland an extra 760 million euros a year.

‘Eurozone Membership is an economic handicap for Ireland.’

Membership of the eurozone has also turned into a handicap for Ireland as the single exchange rate does not meet its economic needs. A return to managing its own currency and to being able to set appropriate interest rates would be of huge benefit to Ireland.

Membership of the EU increasingly threatens democracy in all its member nations. In the EU world view, popular votes must not be allowed to change anything. “Elections cannot be allowed to change economic policy”, said German finance minister Wolfgang Schäuble. Nor can referendums. Denmark voted against adopting the euro in 2000, as did Sweden in 2003 – both stayed outside the eurozone. None of the 19 EU member governments that adopted the euro, including Ireland, put the decision to a referendum.

Jean-Claude Juncker, then prime minister of Luxembourg and later European Commission president, said before the 2005 French and Dutch votes on the EU Constitution, “If it’s a Yes vote we will say on we go, and if it’s a No vote we will say we continue.” The French and the Dutch voted against. Ireland, the UK, the Czech Republic, Denmark, Poland and Portugal then cancelled planned referendums on the Constitution.

Following Juncker’s advice, the EU continued regardless: it renamed the EU Constitution as the “Treaty of Lisbon”. Ireland’s Constitution obliged the government to put the Treaty to the people in a referendum. The Irish people voted against it, but the EU adopted it anyway.

Margot Wallström, vice president of the European Commission, said that the EU needed to “work out what the Irish people had really been voting against”. It was clearly inconceivable to her that anybody could actually vote against the Treaty. Bassett sums up, “The mentality in Brussels is that the electorate are wrong and have been deceived.” An attitude the EU and its lapdogs in the Irish government have held over Britain’s Brexit vote.

It’s not only in Britain that people doubt the idea of “ever closer union”. Across the EU more people question the EU’s single economic policy of austerity, its single foreign policy, its single European army. The people of Ireland increasingly find that the EU undermines Ireland’s historic commitments to independence and neutrality. It has become evident that EU membership is bad for their country.