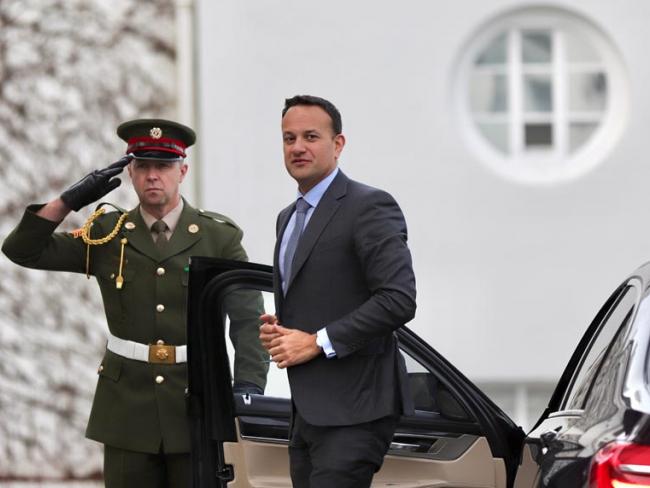 After the 9 February general election in the Republic of Ireland most commentators say that the surge in support for Sinn Féin caught everyone – including Sinn Féin – by surprise. The party fielded just 42 candidates yet the Dáil (the Irish Parliament) has 160 seats.

Nevertheless Sinn Féin received the greatest share of first preference votes. ­ Ireland uses a PR system of voting – in the election. This was certainly a significant achievement for Sinn Féin. Its campaign focused on issues such as housing and health care

Fine Gael, the out-going government, had hoped to be rewarded in the election for Leo Varadkar’s prominent support for the EU during Brexit negotiations. Instead it felt the voters’ wrath. Fine Gael’s defeat was mirrored by Varadkar’s poor performance in his constituency. The party leader was elected on the fifth count, making him the first outgoing Taoiseach (prime minister) since the foundation of the state who failed to top the poll in his constituency.

The election resulted in a near three-way draw with Fianna Fáil gaining 38 seats, Sinn Féin gaining 37 seats and Fine Gael coming third with 35. A governing coalition needs to command at least 80 seats, so another election in the coming weeks cannot be ruled out. The alternative is a coalition of at least three parties.

Mary Lou McDonald, leader of Sinn Féin, told The Times newspaper, “I am absolutely sure we were elected on a mandate to be in government”. She insists that it would be “totally wrong” for Fianna Fail and Fine Gael to form a government that excluded her party.

The election campaign may have been dominated by domestic issues but Ms McDonald insists that people were also voting for a united Ireland. “Certainly, that is in the mix, there is no doubt. Irish unity now is discussed across the island in a way that I never recall in my lifetime. If you look northwards, the unionist majority has gone. There has been a generational turning of the wheel.”

That assertion may be something of a leap, but it is at least partly supported by a poll carried out by Lord Ashcroft in September 2019. His survey of 1,500 northern Irish voters found, for the first time, a majority (51 per cent) in support of a united Ireland.

The 2020 election result in Ireland is far from the first time that the Irish people have confounded received wisdom. Back in 2008 the Irish establishment – the main political parties, the media, the pope and even the Irish Farmers Association – all pushed for a “Yes” vote on the Lisbon Treaty. The Irish voted “No” by 53.4 to 46.6 per cent.

They were vilified and made to vote again – but that is another story.

Ireland and the EU: a bad marriage
The truth about the Irish economic 'miracle'
Scottish union campaign hears from Irish anti-EU campaigner
Irish farmers protest
Myth and manoeuvring over the Irish border