The truth about the Irish economic 'miracle' 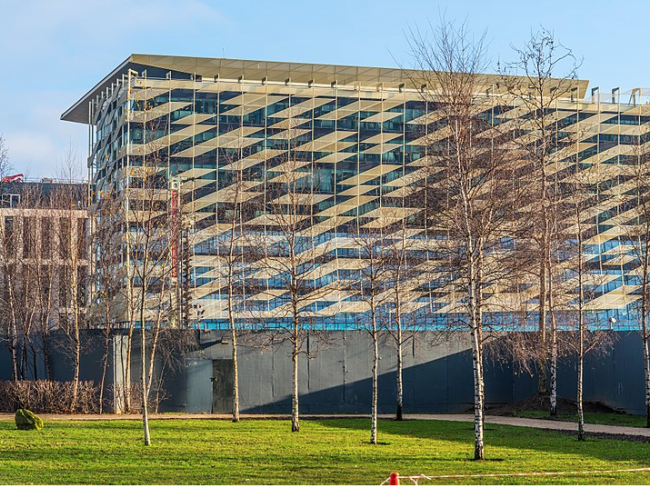 The Irish economic miracle – fact or fiction? How Brexit will expose Ireland’s phantom economy and boost the UK’s tax revenues in the process, by Bob Lyddon and Ewen Stewart, 36 pages, Global Britain, 2019, downloadable for free.

Ireland, it is often claimed, is a prime example of the success of the EU’s economic policies. Allegedly, EU support has turned it from a basket case in 2008 to a burgeoning economy now. It’s a nice story – but mostly fiction, according to a brilliant new pamphlet from Global Britain written by economics consultants Bob Lyddon and Ewen Stewart.

Ireland, it turns out, owes its statistical recovery to a creative use of economic indicators and extraordinary generosity to foreign multinational companies. And all at the expense of other countries in the EU, not least Britain.

After the 2008-2010 crisis, Ireland was given an emergency €85 billion soft loan package from EU bailout mechanisms, the IMF and three countries bilaterally, to keep its economy afloat. Britain’s taxpayers supported it with a €3.8 billion bilateral loan.

That wasn’t all. Britain was also a guarantor of the €22.5 billion that Ireland received through the European Financial Stabilisation Mechanism – even though Britain is not a eurozone member.

The authors take a close look at the claim that Ireland’s economy in 2017 was running at an impressive €294 billion. And they find that on a Gross National Income [GNI] measure, the real figure was €181 billion. Ireland’s reported trade surplus of €89 billion was actually in deficit.

Government debt was not 68 per cent of GDP, as the official data suggested, but 106 per cent. The apparent decrease in the government debt ratio had been achieved by an expansion of GDP, not by a reduction of debt, and the expansion of GDP was attributable to global flows, not domestic ones.

In most countries the revenue authorities seek to forbid inflated intercompany charges. But not in Ireland. There they ensure that while the rate of corporation tax is 12.5 per cent, the pre-tax profit to which this rate is applied is so sharply reduced that the effective rate is nearer 3 per cent. These intercompany charges are normally payable to sister companies of the Irish company located in the 74 countries with which Ireland has signed Double Taxation Treaties.

It’s not easy to dig out these figures. Ireland runs a secrecy regime regarding the accounts and tax payments of foreign-owned subsidiaries in Ireland. Financial statements submitted by Irish-incorporated limited liability companies are not publicly available from Ireland’s Companies Registration Office, even for a fee, unlike those of companies incorporated in England and Wales Companies House.

But Lyddon and Stewart have dug out six studies, from 1994 to 2018, showing that Ireland’s aggregate effective corporate tax rate was 4 per cent. In one of the worst examples, Apple paid US$500 million of Irish corporation tax over the period 2014–2016, when the sales of Apple’s Irish subsidiary were US$138 billion a year – an effective tax rate of 0.362 per cent.

This kind of corporate tax avoidance comes at a cost, and it’s borne by the countries where the economic activity actually takes place. The authors calculated that the UK was losing out on up to £10 billion a year in taxes and £10 billion in wealth extracted and spent elsewhere in the EU, thanks to this – legal – use of the EU Freedom of Establishment.

Every year, the other EU Member States lose out through allowing €53.2 billion to be spent in Ireland that has nothing to do with the domestic Irish economy and losing €14 billion of corporation tax.

The authors conclude, “The apparent economic growth has led to Ireland making much of its success as an EU member, and claim that membership of the EU is a fundamental factor in its economic success. This is clearly not entirely correct, as this paper has explained.”

Given the sheer scale of the Irish flag of convenience, Lyddon and Stewart say it is “not credible” to think it is sustainable in the long term. “Other EU countries will sooner or later not tolerate the loss of revenues and employment to Ireland. The numbers are increasingly materially well beyond the ‘blind eye’ that might initially have been turned. Ireland will need friends, for as the EU ultimately seeks to close down these loopholes the impact on Irish growth will be severe.”

In the very short term, though, this is a Brexit issue. Ireland is insisting that the UK remain in regulatory alignment with the EU (that is, with Ireland). Meanwhile, it is operating an uneven playing field of its own making.

It cannot be in Ireland’s long-term interests, say the authors, “to hamstring the UK against its wishes in regulatory alignment with the EU: inequitable relationships do not last.”