Keep Britain out of the Free Trade trap 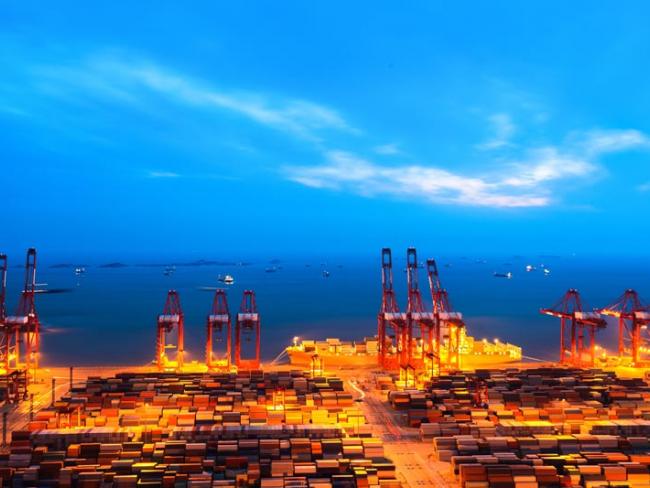 Karl Marx and Frederick Engels declared in the Communist Manifesto that capitalism had “resolved personal worth into exchange value” and wiped out all previous freedoms to establish just the one: “Free Trade”. And “Free Trade”, as we have learnt, is the opposite of freedom for a sovereign country.

Both a means and an end, trade is the “heavy artillery” of capitalism, they said, the weapon with which it batters down the “Chinese walls” protecting nations. “It compels all nations, on pain of extinction, to adopt the bourgeois mode of production; it compels them to introduce what it calls civilisation into their midst; i.e., to become bourgeois themselves.”

That was 170 years ago. And it’s as true as ever today. But capitalism has not had everything its own way, and its dream – for us a nightmare vision – of a world where free trade rules unhindered is not yet reality.

Britain adopted free trade – trade with few or no tariffs, quotas or restrictions – for much of the economy around 1840. It was a conscious rejection of a strategy (known as mercantilism) of protecting trade with the empire. India, Australia, Canada, South Africa – these were no longer enough. British capital was out to take over the world.

In this struggle, as in all its struggles, it sought to enlist the support of the working class, promising workers cheap bread. The Chartists, at least, were too savvy for this, pointing out that if the price of bread came down, so too would wages, the price of labour. Cheap food, usually poor quality and produced under dubious conditions, always means cheap labour and is therefore good for the employer.

The first salvos in this new trade war came when Britain forced China to import opium. How’s that for ethical capitalism? Opium smoking had been illegal in China since 1729. In order to break down China’s control over exports through Canton (now Guandong) and get its hands on the country’s silver, the East India Company started auctioning opium grown in India to independent Chinese merchants.

In 1839, concerned at the growing number of addicts, the Chinese government seized 20,000 chests of opium – over a million kilograms, and easily the biggest drugs haul in history. Britain responded by sending the Royal Navy, which humiliated the Chinese fleet and forced a settlement favourable to the East India Company. “Gunboat diplomacy” had arrived.

‘We already have ample experience of free trade: it’s called the European Union.’

Then, between 1846 and 1849, the government abolished the Corn Laws, which it was claimed kept the price of bread artificially high by effectively banning imports from abroad. The price of grain was initially unaffected, but when good harvests and cheap steamship transport kicked in around 20 years later, imports soared. In the 1830s just 2 per cent of Britain’s grain was imported. By the 1880s that figure had risen to 45 per cent (65 per cent for wheat).

Fast forward to 1939, and Britain was importing 70 per cent of its food. Over the course of World War II more than 36,000 merchant seamen and women and roughly as many Allied sailors died plugging that gap and similar gaps in strategic materials.

In 2018, with trade an object of everyday political debate and disinformation in the context of the Brexit negotiations, workers are being urged to back free trade once again. Where do the interests of workers lie?

Not with free trade. We already have ample experience of that: it’s called the European Union, which operates on the basis of the “free” (for the employer) movement of goods,capital, services and workers.

And free trade has moved on since the 19th century, when the idea related exclusively to trade in goods. The modern free trade agreements are hardly about goods at all: they are about services, especially financial services and investment, and even free movement of labour. What’s more, most modern free trade deals target “restrictions” such as legislation on workers’ rights, environment laws and consumer protection.

Free trade means countries that seek to protect industries and services are bound in legal chains. Capital is free to invest in privatised companies, but countries are told what can and can’t be in public ownership.

It’s excellent for capital and bad for workers, which is why workers rejected that model in the referendum of 2016.

The free traders say they don’t want to be restricted by the EU, but their aim is a whole planet built in the image of the EU. They want a world where capital can move seamlessly from country to country, one where nation states cede control to multinationals and – in the event of any dispute – their lawyers. They call it “globalisation” and present it as inevitable and immutable.

The argument is often portrayed as a battle between those who favour trading with the US and those who favour ties with the EU. But that ignores the fact that the greatest supporters of EU integration are the US multinationals themselves.

You need look no further than the lobby group they set up to influence Brussels policy, the American Chamber of Commerce to the European Union, or AmCham EU for short. Its agenda is clear: the EU needs to take powers over investment policy and services away from its member states.

In July 2017 it welcomed EU’s Court of Justice ruling on the EU/Singapore Free Trade Agreement. That ruling clarified the Commission’s sphere of competence in signing such agreements but said that at present the bits relating to portfolio investment and disputes settlement need agreement from member states. But moving forward, added AmCham EU, “the EU needs to establish a new tradition of seeking political and legal acceptance of EU trade policy.”

The language is coded, but it couldn’t be clearer, coming as it does from the body with the tag-line “Speaking for American Business in Europe”.

To the world’s multinationals and finance capitalists, sovereign states are thoroughly undesirable, an obstacle to profit. Worst of all are nation states, where sovereignty is supported by shared culture and history.

‘We don’t want free trade: we want to be able to trade freely.’

Nation states may have grown up in Europe along with the rise of the bourgeoisie, but now they stand as the last bulwark against the domination of finance capital. The bourgeoisie has split – some still need the nation, most have abandoned it – but workers know that if we can’t control our own country we have no chance at all.

The EU’s historic mission has been to sew up an entire continent and deliver it into the hands of the multinational corporations through the medium of free trade.

Our referendum vote has dented that strategy, but it still stands. The latest tactic is to tell us – as the Japanese ambassador did on 8 February – that the multinationals will abandon Britain if we don’t have free trade with the EU.

The modern kind of Free Trade Agreement (FTA) was piloted in 1987 with the deal between the US and Canada, later expanded to take in Mexico and become NAFTA. With the World Trade Organization’s push to “liberalise” trade stalling (see Box 1), the US went hunting for new agreements, starting with Guatemala.

Then it went for a big one: the Trans-Pacific Partnership, or TPP, between the US, Australia, Brunei, Canada, Chile, Japan, Malaysia, Mexico, New Zealand, Peru, Singapore and Vietnam.

China was pointedly excluded. The aim was to bypass the World Trade Organization and present China with the fait accompli of a new world trading order, new rules for everyone. Once again, capitalism was using trade to try to batter down a Chinese wall. Barack Obama was explicit:  “If we don’t pass this agreement – if America doesn’t write those rules – then countries like China will.”

But there was opposition, not least in the US itself. The TPP agreement was signed in 2016, but it has never been implemented – strangled at birth when Donald Trump withdrew the US from it saying it put American jobs at risk.

The EU was not far behind, setting off to negotiate FTAs with Canada, Japan, Singapore, Malaysia and so on. Progress has been snail-like. But the big prize has been an FTA with the US – the Transatlantic Trade and Investment Partnership, TTIP.

‘If we just sit and do nothing, there’s nothing to protect us from TTIP.’

Negotiations started in 2013, but were still only halfway through the list of topics when Trump was elected and everything ground to a halt. The US would, it appears, like to restart the negotiations, but has been waiting for a government to be formed in Germany. (After all, no one can lift a finger in the EU without German approval.)

During the referendum campaign Obama warned that if Britain voted to leave we would go to “the back of the queue” when it came to negotiating a Free Trade Agreement (FTA). The threat backfired: the reaction of many people was, “Really? Can we have that in writing?”

Now we have Trump saying an FTA with Britain could be sewn up “very, very quickly”. Leaving aside the Trump hype (“very quickly” and “trade deals” are two phrases that should never figure in the same sentence), the threat is real.

What do we want?

Some supporters of the EU here are prone to shouting loudly that leaving won’t protect us from TTIP. Like all good lies, it’s based on a half-truth. If we just sit and do nothing, then of course there’s nothing to protect us from TTIP and similar trade agreements.

But sitting and doing nothing is precisely what these EU fans suggest: that parliament should overturn the people’s referendum decision. If that happens, then we know exactly where we will be: stuck in the EU and banned from making a trade agreement of any kind with any country.

Only outside of the EU – and therefore outside the customs union – will the UK be able to take up its seat at the World Trade Organization. It’s still a member, formally, but it gave up its independent voice when it joined the European Economic Community and its customs union in 1973.

Outside the EU Britain will be able to make its own trade agreements. Workers must make it clear that we don’t want free trade: we want to be able to trade freely, which is quite another thing.

Against the freedom of the multinationals and finance capital, we must assert the freedom to protect our industries, services, agriculture and fisheries.

The last thing we want is to see the country flooded with cheap agricultural imports that knock a few pennies off the cost but lay waste to British farms and make us dependent on imports.

Nor do we want to be a dumping ground for German steel, or Chinese steel for that matter. We should insist that British steel is used on the new railways such as HS2 – and that British-made locomotives and carriages run on the new lines as well.

And if the politicians really screw up their courage, they might even insist that pharmaceutical multinationals like Pfizer that want to sell their overpriced drugs to the NHS manufacture them in Britain. Which is what a (Conservative) government forced Pfizer to do in 1952!

• Related article: 1: The road from the WTO to Free Trade Agreements