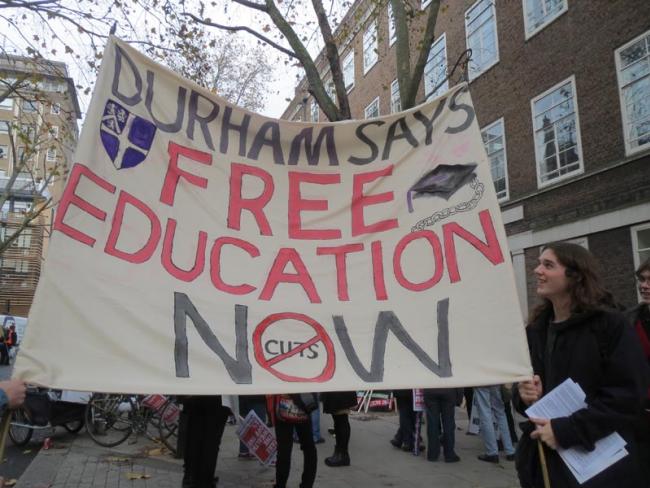 Students on the march in 2014, London. Photo Workers.

Ahead of the Spending Review, the University and College Union (UCU) has written to Secretary of State for Education Nadhim Zahawi warning against plans to lower the salary threshold for repaying student loans, currently £1,657 a month.

The Treasury is said to be looking to reduce its exposure to the £141 billion of student debt. Now is the time, UCU says, to move away from the tuition fee system and towards a public funding model.

The union argues that the tuition fee reductions proposed in the Augar Review of post-18 education would represent the “worst of all worlds”, leaving students still graduating with “significant debt” while causing institutional income to fall, affecting the quality of courses on offer.

The union is also demanding that the government does not extend the debt burden onto students in further education through its Lifetime Skills Guarantee. The system, based on loans and debt will, the union says, deter those wishing to gain new skills and retrain.

The less you earn, the higher the interest
The road to £9,250 fees
Fight the fees? There’s no time like the present
Universities discriminating against British undergraduate applicants
Huge rise in student loan rate