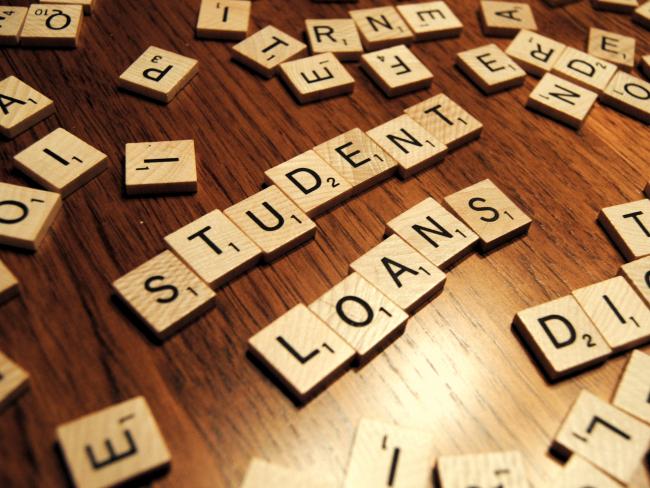 Students pay heavily for their loans. Interest can outweigh the orginal advance and many graduates won't fully pay off the debt.

Britain’s students borrow more than their American counterparts despite US degrees taking four years. This is likely to be because of high interest rates and flat wages, which have left graduates accruing interest on their debt without paying a substantial amount back.

In total, 5.6 million graduates and students have outstanding loan balances with the Student Loans Company (SLC); the national total student debt is valued at £161 billion. Someone who graduated in 2021 earning £30,000 will repay £244 over the next year while accruing £976 in interest!

The majority of graduates with Plan 2 student loans — those taken out after fees were raised to £9,000 a year from 2012 — will never pay off their loan and instead will make repayments for 30 years until the debt is forgiven.

‘87 per cent of students won’t clear their loans.’

Experts from the Institute for Fiscal Studies have calculated that 87 per cent of students will fail to clear their loan balances within 30 years. The interest rates mean many of these people will repay more than they borrowed.

Interest varies according to retail price inflation and graduate earnings, with interest for those on the highest salaries at 4.5 per cent. For example, a graduate with a salary of £50,000 who borrowed the maximum amount for living costs and fees, is likely to repay £163,630 — over £100,000 more than they borrowed. Yet this would still not clear the loan.

The National Union of Students has said: “Student debt and financial insecurity are getting worse, and NUS research has identified that more than two in three students are concerned about their ability to manage financially.

“We’re hearing from students who can’t even afford to travel to their university library, and we know that students are relying on buy-now, pay-later loans from companies like Klarna which only compound the debt crisis.”

Keep repayment threshold for student loans, says UCU
The less you earn, the higher the interest
The road to £9,250 fees
Fight the fees? There’s no time like the present
Universities discriminating against British undergraduate applicants