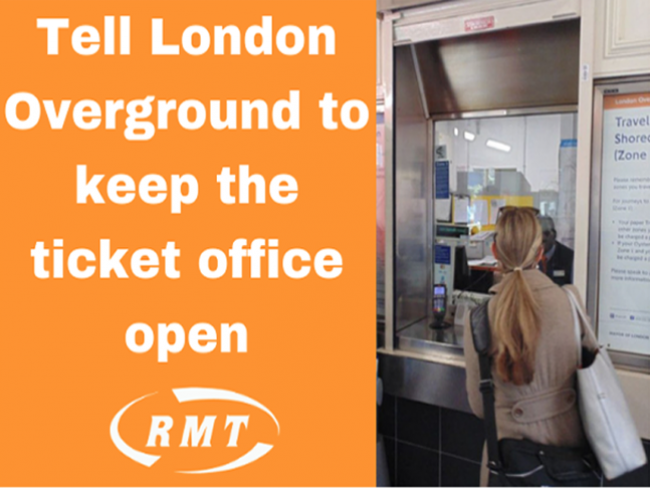 Union campaigning was key to the ticket office victory.

Rail unions RMT and TSSA were claiming victory over the Easter weekend after London mayor Sadiq Khan announced the day before the holiday that 47 of the 51 ticket offices slated for closure on London Overground will be retained.

The threatened closures had sparked a union campaign to get people to write to London Travelwatch, which was conducting a consultation on the plans by Arriva London.

In the event more than 6,500 people responded to the consultation, with the vast majority opposing the closures.

“This is a significant victory for RMT members at the front line of the London Overground service who led the campaign to stop this ticket office carnage and jacked up the political pressure to reverse the cuts,” said RMT general secretary Mick Cash. “It proves that trade union campaigning works.”

But the unions are wary of claiming final victory: “…in our experience once a package of cuts is proposed they remain an option in the longer term,” said the union.

‎And full details of the mayor’s proposals have yet to be seen. The announcement talked about offices remaining open “during those times of day when customers need them most”.

“We will want to hear more detail about office opening hours at stations across the network in due course,” said TSSA general secretary Manuel Cortes.