‘Net zero’ fantasy to blame for energy crisis, not Russia 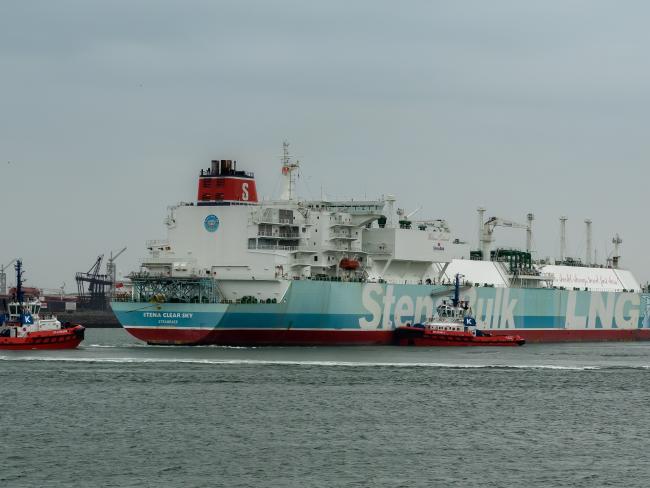 British politicians and mainstream media have claimed that Russia is responsible for “turning off” our gas supplies, amid hysteria over Ukraine. That’s not the case, the culprit is closer to home.

In late 2021, the British government paused the development of the Jackdaw and Cambo oil and gas fields off Scotland as a result of its commitment to the globalist “green” agenda – fully in line with the EU Green Deal policy. This increases our dependence on foreign supplies.

The government announced in December that new oil and gas projects would have to face a “checkpoint” to determine if they were compatible with net zero. But Shell at least has not given up, according to reports in January.

Households and businesses still need natural gas for fuel. The US exported liquefied natural gas to Europe at a record high level in December 2021, whilst continuing to block the Nord Stream 2 pipeline project linking Russia to Germany.

“Green energy could not justify the hopes placed on it.”

In the same month Germany reversed Russian gas supplies eastwards back to Poland. Analysis from media organisation RT said, “This is the only fact that both Russia and European countries agree on. As to why, the reasons are murky.” RT claims that at least part of the reason for that change is failure to renew contracts.

Russia's state energy company Gazprom supplied 50 billion cubic metres to Germany in 2021, 10 per cent more than in 2020. It has called the Western claims of an energy blockade “lies” and “fake news”.

The IEA is part of the Organisation for Economic Co-operation and Development, the free market economic policy-making partner organisation of NATO. In June 2021, the IEA in collaboration with the World Bank and the World Economic Forum demanded that comparatively richer countries such as Britain increase annual “clean energy investment” in poorer countries.

The IEA said that “…to put the world on track to reach net-zero emissions by 2050” this funding must rise sevenfold from under $150 billion in 2020 to $1 trillion by 2030 – annually. IEA executive director Fatih Birol claimed that “there is no shortage of money worldwide”!

Yuri Afonin, deputy leader of the Communist Party of the Russian Federation, said in October 2021, before the crisis fully emerged, that “huge funds were invested in the European ‘green’ energy, including state funds, its massive propaganda was carried out, but it is already obvious that this energy could not justify all the hopes placed on it.”

He continued, “…now Europe needs more Russian energy resources – not only gas, but also coal. Meanwhile, in previous years, against the backdrop of a reduction in coal supplies to European countries (due to their enthusiasm for ‘green’ energy), Russia largely reoriented to Asian markets.”

If Britain is to be an energy independent country and not left at the mercy of the global capitalist agenda, we should assert our independence by demanding that Jackdaw, Cambo and the rest of our gas and oil fields, as well as our coal fields such as Whitehaven and Aberpergwm are developed and exploited to the full.

Approval in February for the relatively small Abigail field is a first step, which has attracted a predictable response from opponents of oil and gas extraction. We need to ensure it goes ahead. New exploration is not a short term answer, but failure to exploit available resources will commit Britain to energy dependency in future, just as surely as will failure to develop new nuclear capacity.