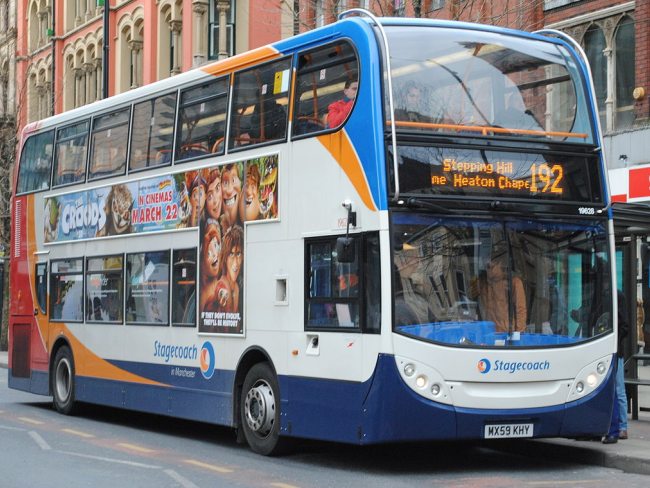 The union did welcome the implicit admission that deregulation introduced in 1986, which allowed the market to dictate bus routes, has been an unmitigated failure. It also welcomed proposals to allow local authorities to introduce franchising similar to those arrangements in place in London, or enter into enhanced partnerships with operators which will help to remove the cut-throat competition on profitable routes.

But the franchising proposal was immediately undermined by bus giant Stagecoach, which is concerned about loss of profits. It has just launched legal action against the Greater Manchester Combined Authority, which is the first to propose franchising for Manchester’s bus network. It is seeking a judicial review of the plans.

Unite expressed disappointment that the strategy fails to introduce minimum standards for bus drivers’ pay and conditions and ignores the growing crisis of fatigue, which results in accidents and leads to long-term health problems for drivers.

There are also serious questions about the funding behind the bus strategy. While large amounts are promised, actual new funding that is available now appears to be limited. Unite believes the new investment will not reverse cuts by cash-starved local authorities, which have resulted in the withdrawal or reduction in service of over 3,000 bus services since 2010.

The RMT, which also organises bus workers, responded to the new strategy by expressing fears that Covid-19 is encouraging more people off buses and into cars, increasing carbon emissions and worsening public health, and pointed to profit-driven commercial bus operators already looking to respond to the pandemic with service cuts.

It called for the government to provide guaranteed ring-fenced national funding for all local authorities to deliver the bus services their communities require, via publicly owned municipal bus operators.

Public ownership campaigners “We Own It” said “…the reality is that this will do little to improve our ailing bus network. The £2.5bn funding package for our buses will have marginal benefits for passengers so long as we have a deregulated free market Wild West on the network.

“Private bus companies will be pocketing even more cash and have their profits subsidised by the state once again.”