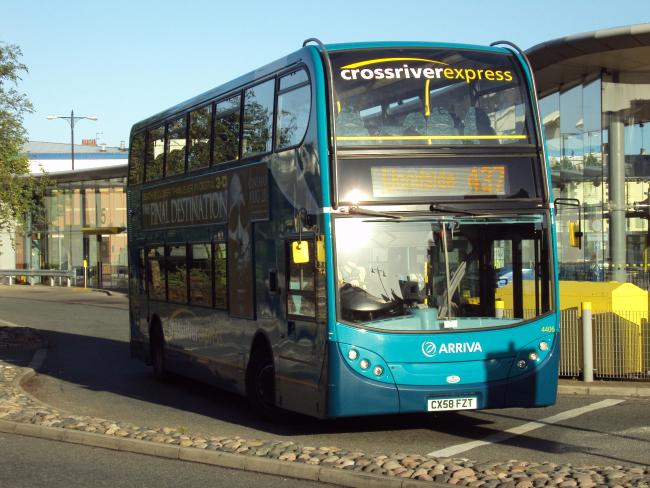 The striking bus drivers along with engineering staff are employed by Arriva, a subsidiary of Deutsche Bahn, the German state owned railways. This is the same company that RMT is currently in dispute with over proposals to axe guards on the local trains in the same area.

The dispute is over Arriva’s refusal to pay an inflation matching pay increase at a time when inflation has shot up to 3.9 per cent, but it is also about Arriva’s divide and conquer tactics of giving pay increases to some depots but not others. Pay differences are as much as £1.73 an hour, and Arriva’s latest offer could increase that to £2.00.

Unite regional officer Neil Clarke said: “Arriva...has huge financial resources. All we are seeking is a fair and reasonable pay award against a backdrop of spiralling inflation and soaring living costs.

“Our members are fed up with pitiful pay offers and Arriva’s ‘pick and mix’ approach to wages where some depots get a pay rise and others don’t. This has resulted in wage inequality across a number of depots and is in stark contrast to the company’s claim to be an industry leader in the treatment of its workforce. We urge Arriva to put its money where its mouth is and stop treating its loyal workforce so abysmally and that it starts investing in the people who generate the wealth within the business.”

Further 24-hour strikes are set for Monday 23 and Monday 30 October.