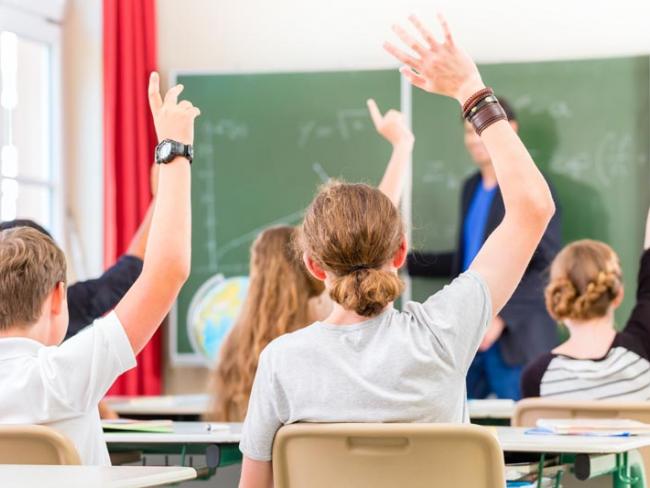 A big teacher shortage could be looming. Photo kzenon/shutterstock.com.

Radical changes in rules for initial training could create chaos and even threaten the future supply of teachers by reducing training places by many thousands, according to the horrified response from many professionals working in the field. And there is puzzlement as to why such radical new government proposals are needed, and particularly at such speed.

The timing is terrible. After the horrors since March 2020 schools need a period of settled calm to re-establish themselves from the start of the new academic year in September – and that’s if the virus allows.

Children and young people, and their teachers, have suffered constant disruption, never knowing if the next day education will be able to go ahead at all. Schools and class “bubbles” have been opening and shutting. Many have had severe staff shortages. Year 10 pupils, who will take GCSEs and BTECs next summer, have missed a quarter of their physical face-to-face teaching this year. And there has been the strain of the switch from physical to online learning and back again.

The new proposals, published on 5 July, come from a review of initial teacher training initiated by the Department for Education. An improvement in school mentoring schemes is welcome. But the field is now facing sweeping changes which include a new accreditation process for all training providers and a new curriculum.

Universities, which at present provide and supervise the majority of training places together with schools, are not mentioned at all in the review, nor are school-based schemes. The suspicion is that government is trying to push universities out of initial teacher training.

Under the new system all providers, regardless of prior experience, will have to apply for fresh accreditation by next spring, hardly any time given the completely new rules. A central body – yet to be nominated – will then take decisions about accreditation, with providers informed about the outcome by the end of the summer term.

In a cynical and deliberate move, the government announced its proposals shortly before schools broke up, giving providers a mere seven-week consultation period to respond, in other words over the summer holidays.

Re-accreditation against a new set of standards will be done by the end of the 2021-22 academic year. The standards will include: a curriculum for trainee teachers which explicitly fulfils all aspects of a new core content framework; and an assessment system which clearly matches the “planned and sequenced curriculum”.

The existing framework for initial teacher training is to be abandoned. Providers wishing to be reaccredited will have to plan again from scratch. And if they are to meet the deadline they will have just five months to complete a radical reshaping process, regardless of the time and resources that such a process should be given.

Schools minister Nick Gibb speaks of the need for high-quality teacher training and justifies the seismic changes as central to the government’s “levelling up agenda”. Of course quality teaching is essential for children’s education. But what’s wrong with the present training system?

Not much at all. Feedback from trainee teachers rates the quality of their training very highly, and Ofsted’s latest 2020 inspection of 340 training partnerships reported all to be good or outstanding.

What is called the new “quality” framework will throw out the present system with its majority of university – and schools – partnerships. In its place will come one far more prescriptive and centrally controlled.

The new framework characterises teaching far more as a set of techniques rather than as developing professional expertise. The government’s review panel is also clear that strict, uncritical adherence to the DfE syllabus will be required. It also states that there will probably be a reduction in providers, as it is unlikely that the new requirements can be met “successfully and in full” within the “current market configuration”.

All this is aimed at universities, which in teacher education emphasise and value critical thinking within a strong research base. Research-intensive institutions draw on the expertise of colleagues in their courses. These strengths will now be seen as weaknesses when it comes to gaining re-accreditation.

Not that everything is perfect now. Teachers who lead on initial teacher training within schools are reporting that some universities have been complacent about course content, which needs updating. A strong emphasis on theory, and on the philosophy of education, while crucial, can sometimes mean a lack of support on practical classroom skills for trainees.

A more effective balance is needed for universities, and they will need to address this if they are to fight for their future role in teacher training. But the new framework pushes the pendulum way too far in the opposite direction.

Another danger for universities is the diminishing of control over their own courses in future, as they would need to be part of a larger accredited provider or even be a mere subsidiary. Given that teacher training courses don’t bring in much money for universities, this alone could drive a number of them to leave the field.

Tim Bradshaw, from the Russell Group of universities, pointed out that there would be considerable disruption to partnerships between schools and providers through the requirement for reaccreditation. Already, Cambridge University has said it will quit teacher training if the new rules are forced through.

Strong university involvement is recognised as a feature of the best teacher training systems across the world. At present Russell Group universities alone work with 2,500 schools to train over 5,500 teachers a year. To put that into context, those numbers include almost a quarter of chemistry teachers, 28 per cent of language teachers and 30 per cent of physics teachers.

People across education are worried the changes will make teacher shortages worse. “There is simply no need for an expensive, untested and enormously disruptive reaccreditation process which puts providers and, therefore, the supply of teachers into our schools at unnecessary risk,” said the National Association of School-Based Teacher Trainers.

Already, teacher supply is inadequate, not because of the quality of training but because too few students want to be trained in the first place. And the worst teacher supply problems are in schools in the most disadvantaged areas, especially in subject specialisms, according to a report from the Education Policy Institute.

‘Already, Cambridge University has said it will quit teacher training if the new rules are forced through…’

It’s a long-overdue recognition that most new teachers need support in the classroom beyond their initial year – the stresses of the second year of teaching in particular contribute to young teachers giving up. But teachers will keep leaving the profession until the workload issue is tackled and terms and conditions are improved.

Even with these changes, the rapid introduction of a drastic new training system, especially now, will impose huge burdens – not least on budgets – for schools and universities. And while universities might decide to opt out, schools cannot.

The reaction of professionals in the field has been overwhelming. The Universities Council for the Education of Teachers is trenchant: “…the DfE has achieved quite the feat in managing to alienate and unite a diverse range of bodies and organisations working across the sector, including those representing school leaders, teacher unions, professional associations and representative bodies.”

It warns that the overhaul represents “an existential threat to the very future of the teaching profession and its subsequent ability to provide a high-quality education”.

The loss of significant input into the initial training of teachers from higher education institutions would be a great loss to the teaching profession, and a significant danger to teacher supply. Workers in the sector will need to fight its corner strongly if it is to resist being pushed out by a government intent on weakening its influence.