A Protocol full of perils 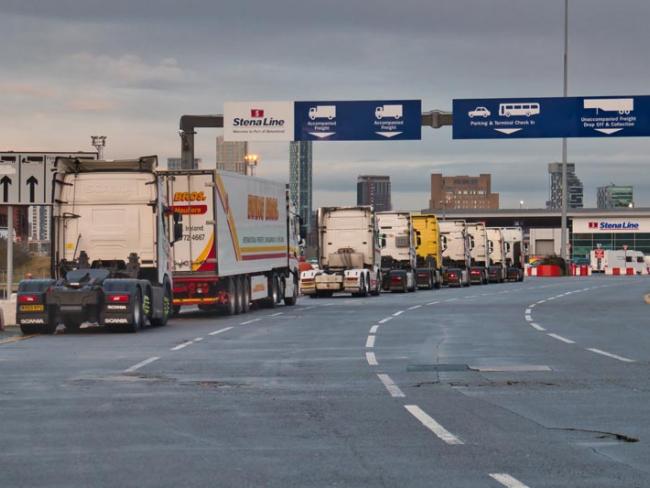 The Northern Ireland Protocol has had a turbulent few months since the Trade and Cooperation Agreement (see page 6) was signed. No wonder there are already calls for it to be revised – or scrapped.

The protocol exists in theory to keep the border open between north and south. And at the EU’s insistence it included customs controls between Britain and northern Ireland – supposedly to protect the EU single market.

But the Protocol says nothing about the integrity of the United Kingdom. NI remains part of the UK but the people of NI, without their consent, are living within the EU’s single market with no say over the laws that govern them.

Northern Ireland trades far more with Britain than it does with the Irish Republic. Trade between Britain and NI has been subject to EU customs rules since 1 January 2021. Severe disruption resulted to trade in both directions almost at once.

In early January Aodhan Connolly of the Northern Ireland Retail Consortium said , “We need the UK and the EU to sit down and talk about…a long-term workable solution because quite frankly this isn’t it.”

Concerns about the protocol heightened dramatically on 29 January. The EU Commission announced that it planned to invoke Article 16 – in effect border controls within Ireland. The pretext was to protect vaccine supplies. That convinced no one and attracted universal criticism.

The EU caved in within hours, claiming a mistake had been made. Northern Ireland First Minister and DUP leader Arlene Foster said that the move was not a mistake but an act of hostility . The DUP is calling on the UK government to invoke Article 16 and effectively end the Protocol.

The EU parliament commissioned a study  in 2017 on how to avoid a hard border. This concluded that it was possible to implement a solution for expected post-Brexit volumes of cross-border traffic which could meet the requirements of EU customs legislation. The EU Commission has done its best to bury this study. Instead it has mocked suggestions that digital solutions to border control exist.

In a BBC documentary Brexit: Behind Closed Doors , first shown in 2019, Michel Barnier is caught on camera saying that EU negotiating tactics would include using Ireland to delay progress. To resist Brexit, the EU has undermined the peace achieved by the 1998 Good Friday Agreement  (GFA). It has ruthlessly exploited fears of the prospect of a hard border in Ireland and the risk of a revival of violence.

The EU’s actions mirror tactics used by the British ruling class to thwart a newly independent Ireland a century ago. Rather than allow a possible ex-colony to thrive, Northern Ireland was created in 1921. There was no real demand within Ireland for the creation of an artificial border and a separate Province. Britain’s “solution” was imposed, and the people of Ireland lived through the subsequent, dreadful divisions until they forged resolution in the Good Friday Agreement.

The fundamental principle of the GFA is consent. The Republic of Ireland agreed to renounce its claim to the territory of NI and Britain agreed that NI would remain part of the UK unless and until the population of NI decided otherwise.

The EU has made huge play of its support for peace in Ireland. The exact opposite is true. The EU’s actions have resulted in breaching the GFA principle of consent. And by trying to invoke Article 16 the EU has exposed its arrogance towards smaller member states such as Ireland.