The real cost of the zero carbon lobby 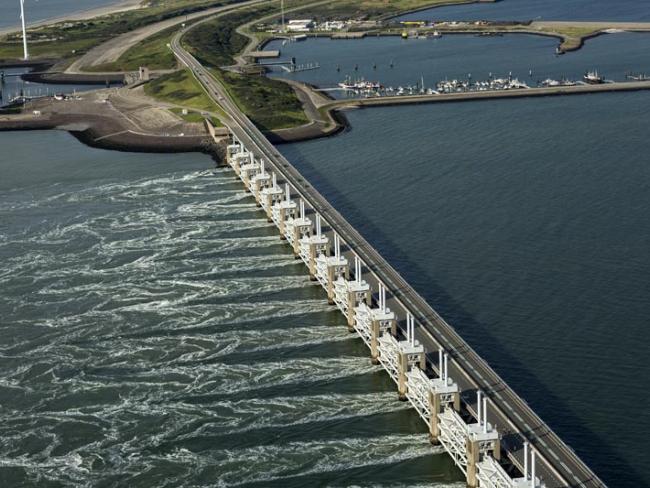 Most of the breathless headlines are now penned not by scientists, but by self-styled climate activists, who believe that the problem with the world is people. They don’t want to talk about the real cost – or the possible solutions…

IPCC was set up in 1988 to scientifically understand human-induced climate change, its impact and possible responses. But every IPCC report since the first in 1990 has been accompanied by dire warnings of imminent catastrophe. Inevitably, targets have been set for reductions in greenhouse gas emissions, with a time scale for achievement.

Deadlines have been set and missed. Yet somehow the world carries on.

This approach is meat and drink to the “save the planet” lobby. Most of the breathless headlines are now penned not by scientists, but by self-styled climate activists, who believe that the problem with the world is people. Among those leading the charge, the Guardian pronounced on 9 August, “Humanity guilty as hell…of climate crimes”, typical of the hysterical coverage of the report in the media outlets with footage of any and every climactic mishap they could find.

The IPCC report must be seen in context. It is not new evidence, nor does it pretend to be. It is an aggregation of current reporting on the effects on the climate of human activity, which is significant in scale.

Most scientists would accept that human activity has an effect on the climate. But arguing that we’re all doomed if we don’t stop doing what we do is profoundly unscientific. Apart from anything else, such thinking assumes there can be no mitigation against imminent disaster.

Flooding is a good example. We are familiar with the prediction of rising sea levels and the threat it brings. Coastal cities, we are told, will disappear. Countries like Bangladesh, with large swathes of the population dependent upon and therefore living near the sea, will be devastated. In reality, over time, sea levels rise and fall. We are currently experiencing a rise, but we are not helpless.

The Netherlands has lived for centuries with much of its land prone to flooding. But the Dutch have taken water management to new heights, not just with dykes and sea defences, but with the design of houses and the layout of towns and cities. The emphasis is on giving surplus water somewhere to go – and on reclaiming low-lying land for productive use.

The world of climate extremism has no use for such a level-headed and practical approach. Its article of faith is that humanity is helpless in the face of the disaster of our own making. “Stop driving, stop flying, stop eating meat” they cry.

Even more reprehensible are the politicians and policy makers who pay lip service to such nonsense. The government’s supposedly independent Climate Change Committee (CCC) exemplifies this trend. Since its establishment in 2008, the CCC has become increasingly influential in shaping official policy – but only in the direction of climate change orthodoxy. Its role in the debacle over the Cumbrian coking coal mine was typical.

The CCC armed the government with assurances that its 2019 Net Zero report was fully costed. It calculated the cost to the British economy of achieving net zero greenhouse gas emissions by 2050 to be around 1 per cent of GDP. A small price to pay for saving the country from extinction, argued ministers as the policy was enshrined in law.

Not everyone was taken in. One body, the Global Warming Policy Forum, was convinced the figures could not be accurate. Using a Freedom of Information request it asked to see the calculations behind the costings. Astonishingly, the CCC responded that it was unable to comply as the relevant data had been overwritten and erased, even though the report had only been published 6 weeks earlier.

After two years of argument and delay, the Information Tribunal ruled this August. It ordered the CCC to reveal its net zero calculations, and dismissed virtually all of its arguments. It also emerged that the costings were estimates from 2050 onwards, in other words after the transition to net zero.

Were MPs misled in 2019? It seems so. But the government is in no rush to let the truth get in the way of its green agenda. Instead it’s focusing on the COP26 climate conference to be held in Glasgow this November.

Luminaries from around the world will arrive in private jets while preaching the folly of burning fossil fuel. It’s the latest step in an endless round of such events, stretching back decades, punctuated by the Kyoto Protocol (signed 1997, “effective” 2005) and the Paris Agreement (2016). In reality it’s a shop window for governments to show off their latest green credentials.

China and India, the world’s greatest polluters, will not attend. They are merely doing what every other developed nation has done in the past to industrialise and modernise, creating productive jobs and raising the standard of living for their citizens. They are utilising abundantly available natural resources – coal, gas and oil.

Western progress and growth were built on these energy sources, so why should they listen to us when we tell them not to do the same? Especially when many of their manufactured goods are heading to the developed world.

Closer to home, the price the people of Britain will have to pay for the transition to net zero is coming under closer scrutiny. One instance is the government decision to outlaw the sale of new petrol and diesel cars by 2030.

‘The price for net zero is coming under closer scrutiny…’

Glossy adverts show a proud owner admiring the gleaming new vehicle on his drive, next to the in-built charging point. Not so attractive if you live in a block of flats, or a terrace with no drive, even if the price of electric cars drops and the charging network is expanded. Add to that the taxes which will inevitably come when the government wants to replace lost fuel and excise duty, estimated at £34 billion. That will leave motoring out of reach for many households.

Phasing out of gas boilers for domestic heating is a similar policy ignoring practicalities. In 2019 the government announced a ban on connecting new homes to the gas grid from 2025. This July it brought this forward to 2023. Again not everyone was convinced. The GMB union has been arguing from the outset that it’s an unrealistic policy. It will leave many households substantially colder, either through the high cost of electricity or because air source heat pumps are not as efficient in the British climate as their advocates claim.

As people come to understand the real cost of “going green” they will ask why they weren’t consulted.

There is some resistance in parliament. At the end of July the All-Party Parliamentary Group for Fair Fuel for UK motorists and hauliers produced a report calling for the threatened ban on the sale of new petrol and diesel vehicles to be immediately removed. It argues the government should instead incentivise the move to clean fuels by motivating industry and entrepreneurs to develop technologies that will not impact adversely on the economy, drivers or businesses.

Group chair Craig Mackinlay said “The only thing that’s protecting the Government from electoral harm on this matter is the seeming Westminster consensus and lack of courage to stand up to the climate fanatics and say: Enough!”