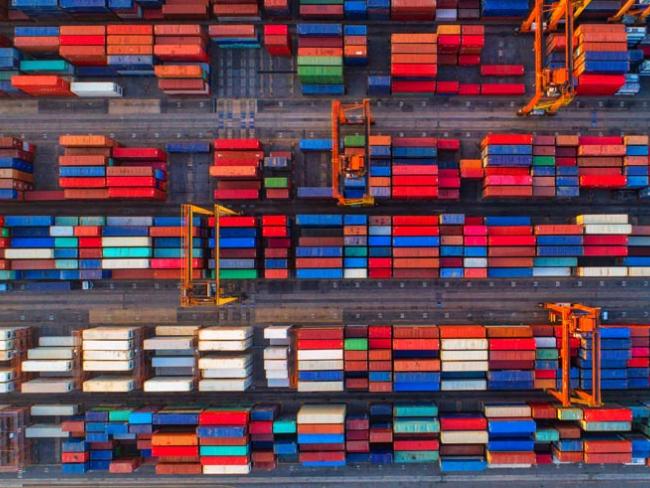 Under the guise of the single market, the EU has enshrined the right of capital to move where it likes, slashing wages and eroding rights. Photo Wisssano Sireapat/shutterstock.com

With negotiations on Britain’s departure from the European Union set to start soon, it’s worth looking again at why the Single Market is such a danger to national sovereignty.

It all sounds so good: one single market to trade in. But the siren voices in parliament and elsewhere that say we must have “access” to the EU’s single market must be resisted.

The government’s recent White Paper on leaving the EU starts off with two priorities: to provide “certainty and clarity” and to “take control of our own statute book and bring an end to the jurisdiction of the [European] Court of Justice of the European Union in the UK”.

That’s an excellent start, because membership of the single market means the opposite of taking control of our own laws. And the main reason for this is that the “single market” is not what most people think of as a market – a place where goods are bought and sold. It is a structure that governs almost everything relating to modern society.

Under the single market, the EU determines not only what can be sold, but also what can be produced. So when the EU banned the sale of vacuum cleaners with motors above 1,600 watts – as it did in 2014 – it also outlawed the manufacture of those cleaners, even for export.

In the single market, there is no room for national standards and preferences. And because it includes the free movement of capital, it can reach far into national life. One example: Greece has been forced to abandon its practice of ensuring that pharmacies (chemists shops) are owned by pharmacists – because that’s a restriction on the free movement of companies and capital.

But Germany still has laws restricting who can operate a pharmacy. The difference between Germany and Greece is that one country does what it wants and the other is being run by the European Central Bank and the European Commission. It should come as no surprise that the fullest implementation of the single market has come in the “bail-out” countries – the ones that have no control over what happens to them.

The origin of the single market lies in the Treaty of Rome, which set up what is now the EU 60 years ago. That treaty did indeed talk about the elimination of restrictions on the import and export of goods.

But it went further, talking about the abolition of “obstacles to freedom of movement of persons, services and capital”. Note that the word “persons” is not simply poor English for “people”. It includes people, but covers “legal persons” and so means legal entities such as companies and partnerships.

But for decades the development of the single market languished, partly because any changes required unanimity among the Council of Ministers. Then along came the Single European Act of 1985 – enthusiastically supported by the prime minister of the day, Margaret Thatcher. She pushed through the act, then despatched former cabinet member Lord Cockfield to Brussels as commissioner for the single market, tasked with making sure it happened.

That act wiped away the requirement for unanimity, allowing Brussels to force through changes to create its single market. Free movement took off. But of course, the most important freedom for the EU was the free movement of companies and of capital.

So when the European Court of Justice ruled in 2007 that the International Transport Workers Federation could not back Finnish workers and stop Viking Line shifting operations to Estonia, the workers fell foul of the EU’s fundamental commitment to the free movement of these legal persons (in this case, they called it a “right to establishment”, that is, to set up a business anywhere in the EU).

This freedom is rather one-sided. It allows employers to shift operations – and stops workers from taking effective action against them. Actually, EU law will allow workers to take action against employers exercising their right to free movement, but only if unions can show that the action is going to be ineffective!.

Of course, the EU also allows workers to move from one country to another, as part of the single market. Across the EU, employers are raking in profits from the resultant downward pressure on wages.

But the EU does more than allow movement – it actively encourages it through an EU-wide jobs portal, EURES.

It is now EU law, currently applicable to Britain, that countries must make available to the portal “all job vacancies and job applications published at national level”. So not only do we have to accept migrant labour lowering pay and professional standards, we are compelled to advertise throughout the EU for migrants to come here.

Despite the wailing of the diehard remainers, there is life outside the single market. The USA and China both export more to the EU than Britain does, without having to accept citizens of EU countries living and working in their country. Neither of them has to submit to the authority of the European Court of Justice.

So the next time someone tells you we should stay in the single market, ask them which aspects of it we should adopt. You’ll probably find they know nothing – and least of all that it was one of Margaret Thatcher’s pet projects.