Reclaim the unions (and ditch the Labour Party) 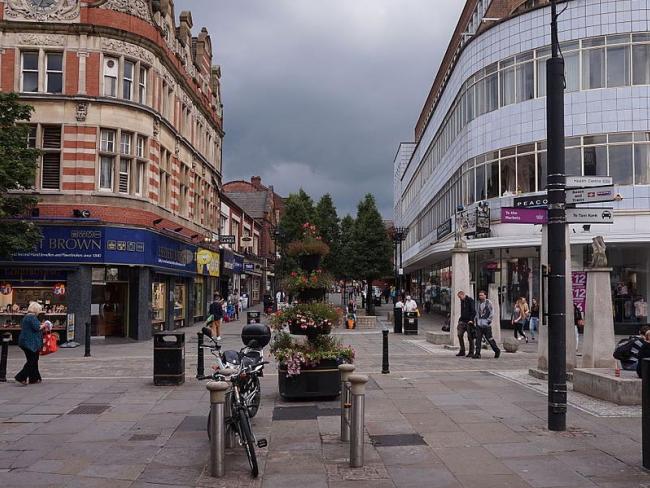 Doncaster, where the Leave vote was 69 per cent. Turnout was about 14 percentage points above the 2015 General Election, where Labour received half the votes. Photo Frees (CC BY-SA 4.0)

The Brexit referendum campaign and in particular its result pose big problems not only for business and government in Britain and throughout Europe but also for the Labour Party and trade unions at home. Our problems have been festering for years. They can no longer be swept under the carpet.

The problems are existential. Members of the Labour Party and the unions have now to ask themselves, “What are these organisations actually for? What, if any, relevance do they have to the day-to-day lives of the British working class?” Then they must act accordingly.

Jeremy Corbyn has been accused of losing the referendum by not mobilising the “Labour vote”. Yet there is no longer any such thing as a Labour vote or a trade union vote. As the referendum showed, the working class just do not look to the Labour Party or the TU leadership for guidance these days.

The facts speak for themselves. While 90 per cent of Labour members and almost all their leaders were Remainers, many Labour voters – in particular in the northern heartlands – were Leavers. The same goes for the unions. With a few honourable exceptions, trade union leaders and the TUC were ardent Remainers but the working class voted by a majority to leave.

‘Unions have become ashamed of the great advances made by workers’ actions in the workplace.’

The pitch of the Labour Party and the union leadership was that EU membership was vital to advance and defend workers’ interests. Such is the debilitating effect of EU membership – the unions have become ashamed of the great advances made by workers’ actions in the workplace and credited every improvement to Brussels.

Achievements such as the Ford machinists’ strike, which ushered in the 1970 Equal Pay Act are now an embarrassment best forgotten. We owe it all to the EU, we were told.

Most trade unions see their function as being lobbyists in Brussels, not workplace organisers. Workers have shown at the ballot box that they do not subscribe to this vision of the future. But they have yet to impose their own vision on their own unions.

The conveyor belt of unions’ lobbying aspirations is the Labour Party. The unions support the Labour Party, which makes representations to the EU. This may have appeared attractive in the past. But while union and Labour Party leaderships continue to cling to this vision, British workers have moved on and left them behind.

Union leaderships are floundering in the wake of those they assumed were the led. The unions have to find a new role – or possibly rediscover their old role. That won’t happen until the members start to re-involve themselves and reclaim the unions from the self-serving interlopers of “left” and “right” alike who currently occupy them.

The people have spoken and when PM Theresa May says, “Brexit means Brexit”, she does no more than recognise that the game is up. Trade unions can no longer contract out their responsibilities to Brussels. Neither can they look to Westminster.

There is no prospect in the foreseeable future of a Labour government, or possibly even of a Labour Party, and the sooner unions stop flogging a dead horse the better. Labour cannot form a government without Scottish seats, and the Labour Party in Scotland is all but finished as an electoral force. The Labour Party in England prefers civil war and referendum rerun fantasies to facing up to facts.

Even if Labour miraculously survives it has yet to answer the question of why it keeps losing elections.

During the referendum campaign BBC political correspondent John Pienaar said he had heard that Labour Remain campaigners were told to stay away from northern council estates as their presence was counter-productive. Meanwhile, Brexit campaigners were welcomed with open arms. Crazy talk by the likes of Labour leadership contender Owen Smith of overturning or re-running the referendum is a sure-fire vote loser.

Labour as an electoral force is gone. Far from getting involved in its mass suicide the unions should be rapidly making tracks in the other direction: workplace organisation, the fight for pay, spending money on their own campaigns rather than propping up Labour.

The decision is to leave the EU. Real work is now needed to enforce the verdict. It’s a new world and just as Britain is feeling for a different role in the world so should the unions. There is no place to hide and the future is full of opportunity. Fortune favours the brave. Like it or not the time has come for all trade union members to ask themselves, “Where do we go from here?”