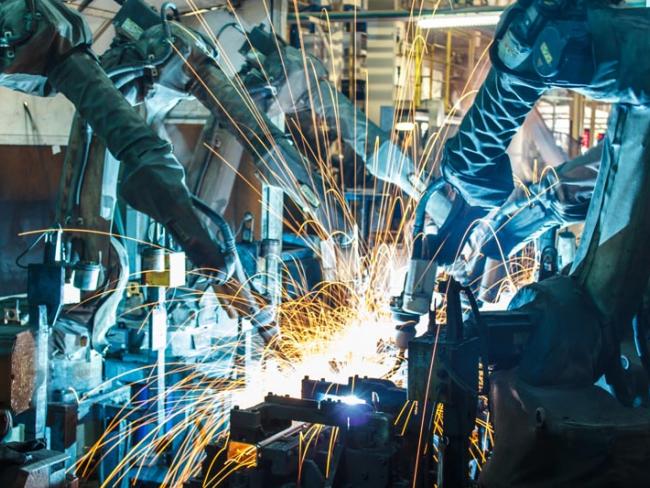 The government’s proposed industrial strategy represents a conscious step away from the unfettered free market philosophy of Thatcher, Cameron and Labour politicians, dominant for the past 40 years. Of course May and company are not free marketeers, but they do reflect the contradiction between British capitalism and the European Union.

With Brexit the differing views as to what an independent Britain should be will compete with one another. We will be free of the EU push to make all member countries dependent on each other and the EU. Free of the EU’s attempt to assign us the role of financial services while Germany provides most industry.

To trade with the whole world we must have something more to trade and that means industry.

What about a third, fourth, fifth industrial revolution as touted by some in the media? We need to look at where we are now. Superficially the workers of the 18th and 19th centuries’ first industrial revolution – working in steam, coal and factory manufacturing would appear to be light years away from workers of the 21st century. But the reality for workers is often not that different.

‘We must have something to trade with, and that means industry.’

So a new industrial strategy? The history of British government and economic initiatives from 1918 to 2016 is one of attempts to cure the fundamental flaws in the British economy. It has been circular, regurgitating the same old themes: destroy a traditional manufacturing industry and then throw bribes at capitalist firms supposedly to redevelop and recreate jobs. The car industry is an obvious case in point.

But the wipeout of traditional industrial bases in Yorkshire, Scotland, the North East, South Wales, Midlands, the Black Country, Kent and the South East, and London too, has been the blueprint: 200,000 jobs lost in coal, 200,000 in steel, 250,000 in agriculture (and related), nearly a million in textiles and clothing, 450,000 jobs lost in London alone between 1970 and 1990. Docks, engineering, print, manufacturing – the list goes on.

Political parties over the past 100 years have run manifestos on change, rebuilding, restoring some long-lost past before British capitalism went into absolute decline.

Yet irrespective of their political persuasion the capitalists and their governments have always shifted the burden of bailing out their own crisis onto the working class. As in the 1920s and 1930s, so today.

Many historic industries have gone: textiles, coal and the old blue-collar mass manufacturing. But the evolution of production, though seriously reduced, in aerospace, pharmaceuticals, electronics, research and design remain and are vital for Britain.

Meanwhile capitalism has developed parasitic creations to try to survive – the stock exchange, the futures markets, service industries, and the fostering of debt.

For over a century capitalist Britain has been in a cul-de-sac with no exit strategy. Thatcherism and the neoliberal economics of the EU were not capitalism reborn but the drowning man clutching at a straw. Capitalists cannot resolve this fundamental contradiction of capitalism: they want unfettered productivity, unrestricted accumulation of profit, a totally enslaved working class in mind and body.

So a new industrial revolution requires us to stop following on the tailcoats of the government and employers as has been the norm for the last 100 years. The working class, if it is to develop a new independence in Britain, must create an industrial strategy that works for us.

• Related article: The road to a new industrial revolution