Rising to the manufacturing challenge 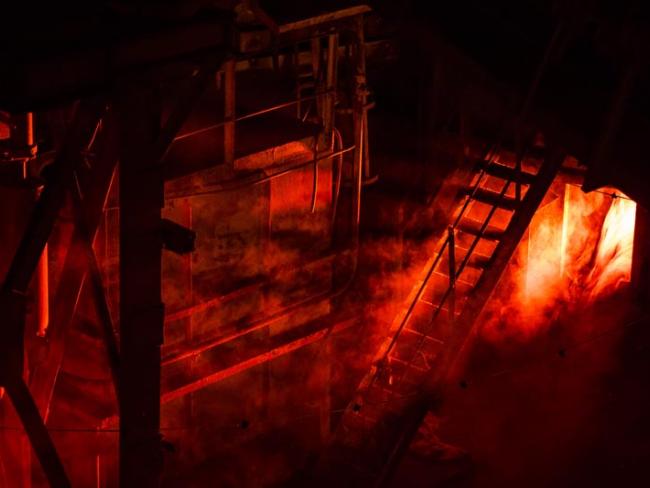 Dying flames? Inside a blast furnace – the one at Magma Science Centre inside the Rotherham steelworks, disused since 1991. Photo Ben Ponsford (CC BY-NC-SA 2.0)

The era of taking instructions from the EU is over. With the government reversing decades of free market ideology and moving to create an industrial strategy, trade unions need to radically recalibrate their own thinking…

It’s no coincidence that the Government’s Industrial Strategy and the All Parliamentary Group report Steel 2020 have been published within days of each other. Both represent a reversing of destructive free market ideology together with the requirement to return to a planned strategic response.

“Steel touches all the world,” said Roland Junck, Chief Executive and Chair of the recently reconstituted British Steel. Ironically, the joint steel trade unions in the 1980s and 1990s had a similar slogan during their efforts to save from the Thatcher government the swathes of steel works and towns – Sheffield, Scunthorpe, Redcar, Middlesbrough, Corby, Consett, Motherwell, Port Talbot and South Wales, Sheerness – the list goes on.

The strategy of that government was twofold: destroy industry and in the process destroy the collectivising nature of industry. Attacks on the trade unions and organised resistance of the British industrial working class enabled the “free” market, led by the steel producers of Germany masquerading as the European Union, to move in.

‘Steel is the core of manufacturing production. It truly touches the whole world.’

Dependency on foreign imports became the norm, dispensing with the need to be responsible to traditional centres of skill, innovation, production, community and trade union organisation. As steel is the backbone of the industrial world, the destructive results of the free market ideologues are becoming clear.

The All Parliamentary Group focuses on the opportunities of extracting the steel industry from the diktat of the EU. To be clear, it represents solely the views of those MPs with an interest in steel, their researchers and evidence collected from trade unions, local authorities and others. Nonetheless, the report lays down the strategic interweave of core and supply industries that the steel industry requires if it is to flourish.

The recommendations embrace investment in vocational skills and training, in employment, and in research, development and innovation. Two-thirds of steel products available on the world market did not exist 15 years ago, and most are of British invention.

The report also calls for the creation of proper funding with a national investment bank for steel and related industries, for procurement policies to assist private business and for public bodies to buy British steel at preferential rates for construction and related rejuvenation. It calls for the blocking of imports, and says Britain’s energy industries should be redesigned to support manufacturing – especially intense and higher energy users such as the steel industry.

If the present steel industry were to fail it would cost the Treasury nearly £5 billion. The additional loss of revenue from unemployment to business communities dependent on those employed in steel, from lost wages, would amount to another £3 billion.

‘Steel is the core of manufacturing.’

Steel is the core of manufacturing production; it truly touches all the world. Compare Britain and Germany: German manufacture still makes up 25 per cent of the economy, which translates into higher productivity and higher skills. Higher production costs reflect the fact that wages and standards of living are higher.

There was a deliberate strategy to deindustrialise Britain to destroy the manufacturing working class. That strategy slashed through steel, mining, shipbuilding, engineering, textiles, fishing and dependent industries, supply chains and support – and is now exposed as an economic failure.

Services cannot replace manufacture for wealth creation. Just 10 per cent of Britain’s economy is made up of manufacturing, but that industrial base still exports more than the 90 per cent of the economy represented by services.

The rejection of the EU by the people of Britain in the 2016 vote for independence indicated that a tipping point had been reached. A fundamental change in strategy was needed. And, indeed, one was indicated soon after Theresa May became prime minister: the words “industrial strategy” were inserted into the title of the Department for Business.

Government strategy on steel and the metal trades has long been fraught. The inefficiency and incompetency of the trades nearly lost the British capitalists the First World War. This lesson was not lost on post-war governments, which swung between different strategies designed to ensure that the trades were always protected from foreign economic challenge. Sometimes this was by nationalisation or quasi-nationalisation, sometimes by protectionism, sometimes by preferred procurement policies.

Only when the British capitalist class finally succumbed to immersing themselves in the EU did the abandonment of steel and related industries become government diktat. And the first economic act of the EU had been to attempt to rationalise the iron, steel and coal industries of Europe by its founding treaty in Rome in 1957.

Edward Heath, conservative prime minister in 1971, called for the abandonment of “lame duck” industries – steel (British Steel) and those industries dependent on steel, such as car manufacture (British Leyland) and aerospace (such as Rolls Royce). He was forced by trade union resistance to do one of many famous U-turns.

But things went from bad to worse with the election of Thatcher in 1979. That led to a resumption of the integrationist drive into Europe, the single market, the culling of “lame ducks” – and from there to the accelerated deindustrialisation we have seen over the past 40 years.

And then came Tata, a smallish Indian company. Tata’s purchase in 2007 of the remnants of British Steel from the Anglo-Dutch Corus steel maker was effectively the mouse eating the elephant. At the time Tata ranked 49th in world steel production, while Corus was in the top five.

‘Tata’s purchase was about moving into the EU using British steelworks as a Trojan horse.’

The purchase was not about retaining steel production in Britain but about moving into the EU using British steelworks as a Trojan horse. Tata failed, offloading assets in 2015-16. This led to the deliberate recreation of British Steel – important in part because of the post-referendum choice of “brand” name but also because 60 per cent of Tata’s products are sold to the EU.

The EU doesn’t have the option of closing its markets to steel made in Britain. It has no alternative in terms of quality and innovation. It has to buy British steel. Those who bleat on about needing to retain “access” to the EU market are forgetting that it is the EU that needs access to our British steel.

The Steel 2020 report emphasises the importance of ensuring that the core strategic industries are linked together – steel production, delivery of raw materials, docks, railways and transport links, distribution of products and the energy supply industry, all functioning at a level capable of supplying industry and not just getting through mild winters on a wing and a prayer.

When you ensure the supply and value chains of supportive industries – each job directly in manufacture creates an estimated seven jobs in the supply and value chains – it creates the opportunity for increased employment and beyond that the need to reassert trade union organisation and strength. The report shows a clear understanding that trade union organisation, representation and involvement are paramount.

Following on from the core strategic industries is the question of construction and the shaping of the new Britain. This will include resolving the power industry crisis through the building of new power stations, ensuring cheap power for energy-intensive industries such as steel, and upgrading Britain’s infrastructure for the 21st century and beyond – and then providing the necessary health, housing, education, transport, merchant marine and aerospace required.

During the past 40 years Workers has consistently called for import controls to stop the dumping of foreign products. The industries and trade unions that took up a similar cry have been overcome by EU regulations and directives with British government compliance. Not only that, they have been howled down by those who see import controls as racist – and then finally silenced as the industries have been largely exterminated. Obvious examples of this are textiles, engineering products, such as machine tools, and steel.

The EU connived with China to dump steel to further destroy the remnants of British produced steel. This was actively assisted by the government of Cameron and Osborne, with the pair of them wringing their hands in woe at their so-called inability to act because of EU directives and control. Well, that is now over.

The move to independence is about to change all the rules. The trade unions predominant in steel and metal production – Community (known as the Iron and Steel Trades Federation before it gave up faith in its industrial heritage), Unite and latterly the GMB – will all have to radically recalibrate their thinking.

The EU is over. New thinking is needed, new industrial organising for a new industrial strategy is required, to reconquer the workplace in a unified manner as the bastion of working class strength.