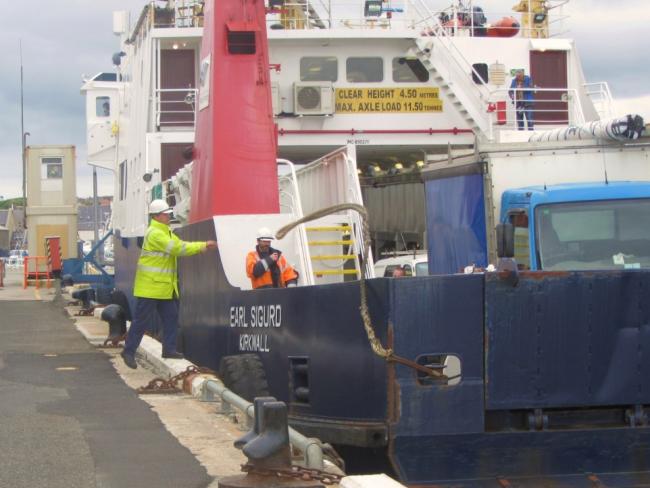 Rail, Maritime and Transport members halted ferry sailings to over 20 islands on the west coast of Scotland with an overtime ban and one day strike on 26 June. The root cause of the action is the threat to wages, standards and jobs arising from an EU-enforced privatisation process.

This is the first phase of a campaign to achieve safe and reliable ferry services around the coasts of Britain combined with the fight for wages for a properly respected workforce with proper staffing levels. Over 90 per cent of the RMT members balloted voted for the action.

These ferry services are an essential lifeline for the Scottish islands. The union strongly condemned the SNP Scottish Government for co-operating with the European Union in a tendering process that would lead to their handover to Serco, that notorious devourer of public service contracts.

The new contract would start in October 2016 and last for eight years. The SNP administration in Edinburgh gifted Serco the running of the routes to Shetland and the Orkney Isles a few years ago following a similar process. The same happened with the rail sleeper services contract. The ships, harbours and other infrastructure remain in public hands through Caledonian Maritime Assets.

The SNP myth that they are “friends of the workers” is holed below the waterline by this latest development. The SNP actions are indistinguishable from Tory or Labour EU-backed privatisation.

More RMT action is planned in this dispute. And TSSA, the union representing office staff and managers, will hold a ballot starting on July 3 on its own action against the tendering process.

Union general secretary Manuel Cortes said: “The Scottish government is simply not listening to the unions or the general public which wants this service kept in public hands.

“We want long term guarantees on job security for our members and a recognition that the interests of the local communities will come first, not last.

“This plan is wrong-headed and unnecessary. The SNP must not betray the people of West Scotland by selling off this vital transport link.”