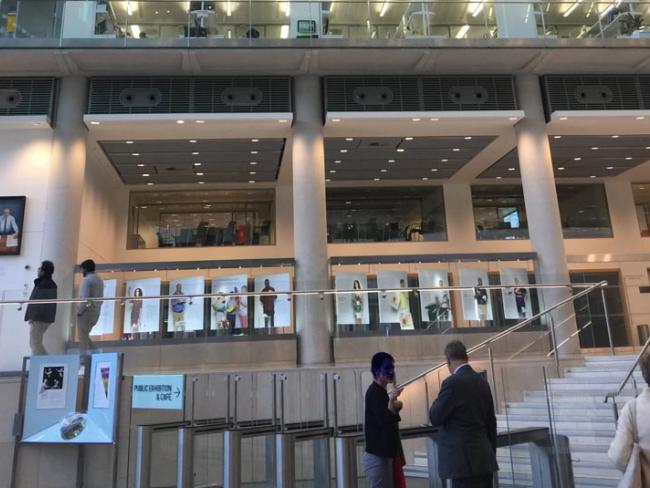 We live in Britain, and Britain is a unique country (as indeed are all nations). It was here that the industrial revolution began, here where the working class was born, here where trade unions were first formed.

And here, in Scotland, that the beginnings of a primary education system were laid with no fewer than four Education Acts in the 17th century.

It’s no accident that the birth of modern industry took place in Britain. Generations of schoolchildren have been taught that it was because of the availability of water, coal and iron ore. True, but it was also the result of relatively high degrees of literacy even among agricultural workers – the population from which the new urban working class was recruited. And crucially that the Catholic Church had no power here.

And here, in Britain – all this is connected – that  the first independent (that is, non-state funded) formal scientific society was formed 460 years ago. The Royal Society, founded on experimentation and in the teeth of opposition from the Church.

Italy had by then had two stabs at creating scientific societies: one collapsed in 1630 after opposition from the Vatican; the other was disbanded in 1667 after one of its founders became a cardinal.

By the middle of the 18th century the Royal Society – free from church and state, though personal backing from Charles II was crucial – had become also a central clearing house for ideas from all over Europe.

Science took off in Britain (the Royal Society later degenerated, but that’s another story). Remember the Lunar Society, “the Lunarticks”, so called because they met every full moon. They met in Birmingham – away from the corruption of Regency London – uniting talents such as Wedgwood, Erasmus Darwin (Charles’s grandfather), James Watt and the artist Joseph Wright of Derby.

The key thing about the Royal Society was and is its approach. Its motto is “Nullius in verba”, meaning “take nobody’s word for it” (very close to Karl Marx’s motto: “Doubt everything”.) As the Royal Society today says, it’s an expression of determination “to withstand the domination of authority and to verify all statements by an appeal to facts determined by experiment”.

That has a good sound. An independent sound. Dogma, the authorised version of truth set in stone and handed down to the people, has never gone down well in this country.

The Industrial Revolution came from the application of science and technology. It created the liberating concept of progress, progress for the people, and it created the working class. Yet the big bourgeoisie benefitted most from it.

The new industry was built not just on the physical backs of workers, but on their intellectual backs too. James Watt, trainee instrument maker, transformed steam power. Abraham Darby, son of a yeoman farmer and locksmith, invented the pig iron process. Michael Faraday, apprentice bookbinder, who laid the basis for the electric motor. Just some of a whole list of working class intellectual heroes.

They were all ready to make the world anew. Ready to withstand the domination of authority, whether from church or state (many were religious dissenters as well). They took nobody’s word for anything.

The government is now talking about making Britain a “science superpower”. Actually, we have been one since the 17th century. And we still are.

Our research impact, judged by how many other scientists use research done here, has been higher than any comparable country since at least 2008. Poor little Britain has won more Nobel Prizes than Germany. More than France, Italy and the Netherlands combined.

‘Make Britain a science superpower? We’ve been one since the 17th century. And we still are…’

There are five British universities in the world’s top 20, according to the QS Rankings, the most widely viewed and used ranking in the world, including four in the top ten. While Switzerland has two in the top 20, the first EU-based institution, the Université PSL in France, creeps in at 44. The European Commission tried but failed to exclude Britain, along with Switzerland and Israel, from research programmes on quantum and space research.

The government is clearly raising the amount of money it puts into research. But where is the investment in the education of the people? Instead, it is content to see talent undeveloped here. Its new “Office for Talent” is exclusively charged with making it easier to import talent trained abroad.

And where are the new industries, the new industrial workforces? Not here, not in the quantity there should be. In 2019 (before the Covid-19 effect) investment in university spin-out companies actually declined by 9 per cent.

In a country dominated by finance capital, outstanding science is divorced from production. You’d think that science would be applied to making things that people need, but instead the proportion of our workforce engaged in manufacturing fell by 62 per cent between 1982 and 2018.

By 1848, Karl Marx was able to describe the existence and potential of the force called into being by capitalism and destined to destroy it, the working class.

But even though Marx could discern the shackles on progress that capitalism was starting to forge, he would surely have been shocked at the decline of the bourgeoisie, a class he described as being unable to live without revolutionising the means of production (and with them, the working class).

Has the British bourgeoisie stopped revolutionising the means of production? Largely it has turned to mere speculation, creating “wealth” through property bubbles and short-lived stock exchange booms. Capital, capital everywhere, and never a pound for production.

One episode crystallises this rottenness – the £24 billion sale of ARM Technology to a Japanese conglomerate in 2016. ARM designs small chips for phones, cars, computers, and so on – most of the world’s small chips, actually. Yet the government hailed the sale abroad of our most successful information technology company as “a vote of confidence” in Britain.

Class struggle does not necessarily lead to the victory of one of the contending classes. As Marx noted in the Communist Manifesto, it can end in the common ruin of both. In Britain now the bourgeoise and the working class seem locked in a spiral of decline – the bourgeoisie because it has either abandoned production in favour of speculation, or decamped abroad; and the working class because it has failed to accept that only revolution can save it. Materialism is totally accepted in Britain. But not yet dialectical materialism.

Leaving the EU has been a huge step forward. Without it we would still be chained to a bloc constitutionally committed to the unrestricted market. Unable, also, to take forward new gene editing technologies fully, for example. If you want dogma, its high priests are to be found in the European Court of Justice.

We have a timely reminder of what freedom from the EU means with the Covid-19 vaccination programme. Britain could and did act with speed, while the EU did…the opposite.

We are far from fully liberating our phenomenal potential in science and technology. But the vaccine success is a two-edged sword for the government. People are asking, if we can do it for vaccines, why not for other parts of industry? Why not for all industry?

Manufacture, making things, is still essential to Britain. You can’t eat a financial derivative. You can’t live in a junk bond. New industries are essential to the future of Britain. The alternative is decline, for Britain and the British working class.

That need not happen. It must not happen. We have everything we need in this country to become a beacon of progress to the world. But we have to realise that it’s not enough to repatriate control from the EU to Britain. For real change, real progress, the working class must take control itself.

• This article is an edited version of the introduction given at the CPBML’s online May Day discussion meeting.