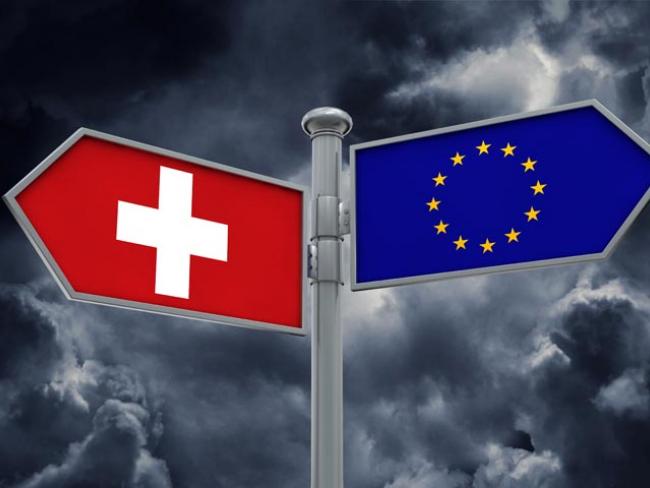 Switzerland will make its own way in the world. Image Ink Drop/shutterstock.com

To the delight of the country’s leading trade union federation, the Swiss government has abandoned talks with the European Union over replacing Switzerland’s 120-odd treaties with Brussels with one overarching “framework” agreement.

The deal had been seven years in the making. Now it is broken. It had been agreed as a draft three years ago, but opposition within Switzerland forced the government to go back for improvements.

The three main sticking points were wages protection, state aid rules and access to welfare benefits by EU citizens. And the EU, overconfident as ever, refused to make any changes at all to accommodate Swiss reservations.

Sign the draft or else, it said on 7 February this year. The EU ambassador told a Swiss newspaper that negotiations were “finished”. It’s the final offer.

No independent country reacts well to such an approach, and Switzerland just said no.

The ball is now in the EU’s court, but it looks like the Brussels bluff has been called. All it is left with is bluster, though as the individual treaties become due for renegotiation it may well try again to exert pressure.

In 2019 the EU even tried to strongarm the country by banning Swiss exchanges from trading in EU company stocks and shares. That hamfisted attempt to throttle Switzerland financially simply led to ignominy when its ban led to more business for the country’s finance centres.

The SGB/USS (Swiss Trade Union Federation), the largest umbrella body of unions in the country, issued an immediate statement welcoming the government’s decision on the grounds that it guarantees Switzerland’s existing wage protection laws against EU-based companies that sought to undermine them.

“Workers’ protection must be improved, not worsened – in Switzerland and in the EU,” said the SGB/USS, while at the same time warning Swiss employers against trying to use the break-off of negotiations as an excuse to impose worse pay and conditions.