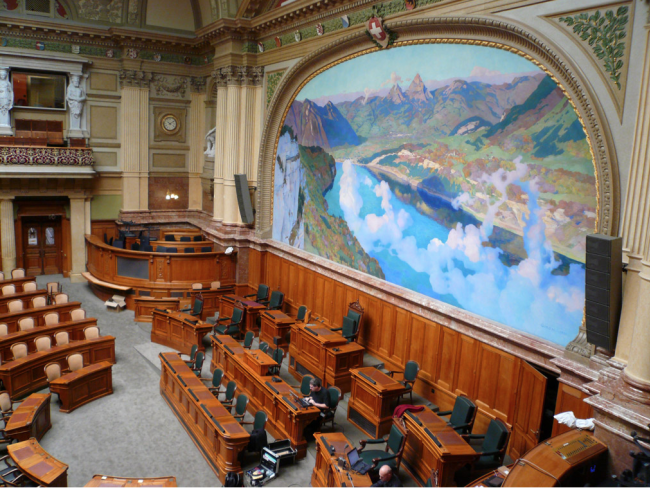 Once more, the EU is squaring up for a fight with Switzerland over how far European law should reach.

With the Brexit negotiations out of the way, the EU has now turned its attention to associated countries such as Switzerland which never joined the bloc but have close ties, created through multiple agreements.

The Swiss are a stubborn thorn in the EU’s flesh. For seven years they have resisted attempts by the EU to consolidate their agreements into one overarching one – a so-called Framework Agreement . In the process, the EU has tried to impose restrictions on Swiss sovereignty and the country’s right to control the flow of labour across its borders.

The EU did reach an agreement with Swiss negotiators in 2018 – only to find that the Swiss parliament saw it as a treaty too far. The country demanded changes relating to the jurisdiction of the European Court of Justice and to the conditions under which EU-based companies could bring labour into Switzerland.

Frustrated, Brussels has tried everything, including a hamfisted attempt in 2019 to stop Switzerland’s financial centres from trading in European stocks and shares that only succeeded in increasing the Swiss share  of market. But then, with all the EU’s energies focused on Britain’s departure, negotiations came to a halt. Brussels did not want to do or say anything that might affect its stance on Brexit.

Now that it has agreed – through gritted teeth – the Trade and Cooperation Agreement with Britain, the EU has put the Framework Agreement with Switzerland back on the table. And it’s taking a hard line.

On Sunday 7 February, the EU’s ambassador to Switzerland told a Swiss newspaper  that the negotiations are “finished”. The controversial areas that the Swiss want to renegotiate are not open for discussion, he said.

The Swiss government wants to settle things quickly, but it will have to reckon with growing hostility among its people to the deal. A survey by Swiss bank Credit Suisse in November 2020 found a 10 per cent drop in support for the agreement. And the Swiss media have been talking about “Brexit envy” from people wanting their government to follow Britain’s example and take a hard line with the EU.