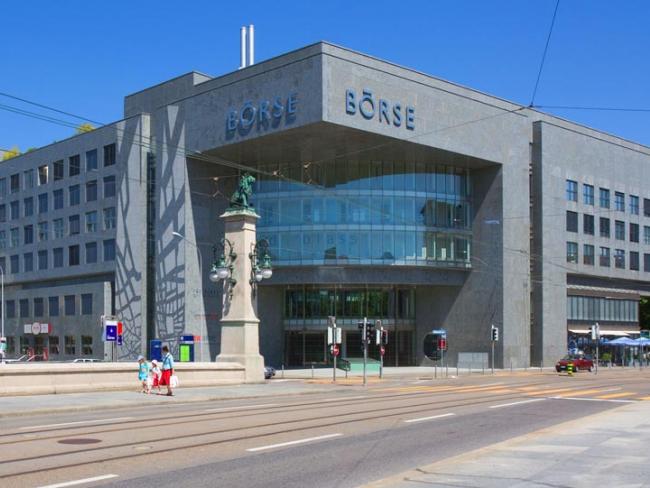 Switzerland’s SIX stock exchange, Zurich. The EU is threatening to cut off much of its trade. Photo PIkiwaner (CC BY-SA 3.0).

You’d think the European Commission had its hands full with Brexit, the Italian budget, Greece’s debt-laden banks and the imminent fall of the Belgian government. Not to mention yellow vests in France. Or the Polish justice system. Now it has opened up a new front by attempting to strong-arm Switzerland into obeying its diktats.

The key sticking point has been the free movement of labour, and in particular Switzerland’s insistence that it be notified five days before EU workers are “posted” (sent to work) into the country so it can check they are not undermining Swiss conditions. To Brussels, that’s unacceptable.

‘Opposition is too widespread for the government to go ahead.’

Press reports quote sources in Brussels as saying that unless agreement is reached by the end of 2018, the European Union will implement sanctions against Switzerland. These include not only banning EU companies from trading shares on the Swiss stock exchange (SIX) but also excluding the country from a planned agreement on electricity generation which would guarantee its power supplies.

In a statement on Friday 7 December the Swiss unions said their “worst fears were confirmed”. The agreement would “substantially dismantle” Swiss wage protection and prevent any improvement. They will fight “vigorously” against the proposal – a position its annual congress had confirmed unanimously at the end of November.

The Swiss unions also point to the European Court of Justice ruling on 13 November that parts of Austria’s laws to prevent cross-border labour undermining terms and conditions are illegal.

• Update: Since the January/February 2019 issue of Workers went to press, the European Commission has blinked, extending its 31 December deadline by six months.