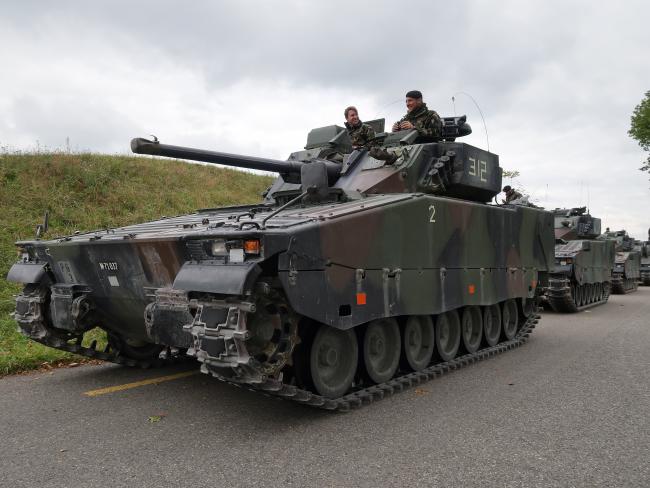 Swiss Army troops in their Frauenfeld military training area. How long will they stay outside NATO? Photo Kecko via Wikimedia Commons (CC BY 2.0).

NATO is rapidly expanding its influence in the wake of the Russian invasion of Ukraine. As well as eastern European countries, it is taking in formerly neutral countries in northern and central Europe as well.

President Biden “accidentally” congratulated Switzerland on joining NATO at his speech closing the NATO summit in Madrid in June – he meant Sweden. Just a few weeks later in July historically neutral Switzerland hosted the first ever Partnerships 360 Symposium of NATO allied and “partner” nations to be held on the soil of a non-NATO member.

The Swiss policy of neutrality goes back centuries. It has not fought in a war since 1815 when it was freed from occupation by France under Napoleon. Famously, neutrality is built into the Swiss constitution.

But Sweden and Finland have also held strong traditions of neutrality but are now well on the way to becoming members of the US-led military coalition, prompted by the Ukraine invasion.

At the Davos World Economic Forum this May, the Swiss federal president said its principles and laws included “no participation in wars; international cooperation but no membership in any military alliance; no provision of troops or weapons to warring parties and no granting of transition rights.”

But recently the Swiss defence ministry has been making statements indicating a change of heart. Paelvi Pulli, head of security policy at the defence ministry, said there “could be changes in the way neutrality is interpreted”, in an interview with Reuters in May.

The NATO partner symposium involved foreign military personnel in uniform, meeting on Swiss soil and with the Swiss Confederation represented by their army commander. Swiss army officers are already trained by the USA.

NATO looks on its “partners” as being well within its sphere of influence, with some in the waiting room for accession to the alliance. This is part of its drive to an unrelenting spread of its sphere of military power across the world. Japan, for instance, attended the Madrid summit, as well as Australia, South Korea and New Zealand. Quite a distance from the North Atlantic.

Both Japan and Germany are rearming, with significant increases in defence spending.

The Symposium took place on neutral soil at a time of extreme international tension, with many attendees making speeches beating the drums of war. Ironically, the Swiss gathering was held in the Maison de la Paix (the House of Peace) in Geneva. The Swiss government said in a statement that it was hosting the Symposium “owing to its longstanding commitment to peace, security and dialogue” and to promote “its involvement in the Partnership for Peace”.

Britain - the brains behind NATO
Labour's lethal legacy
No to the war machine!
Why Britain should leave NATO
British military aid floods into Ukraine