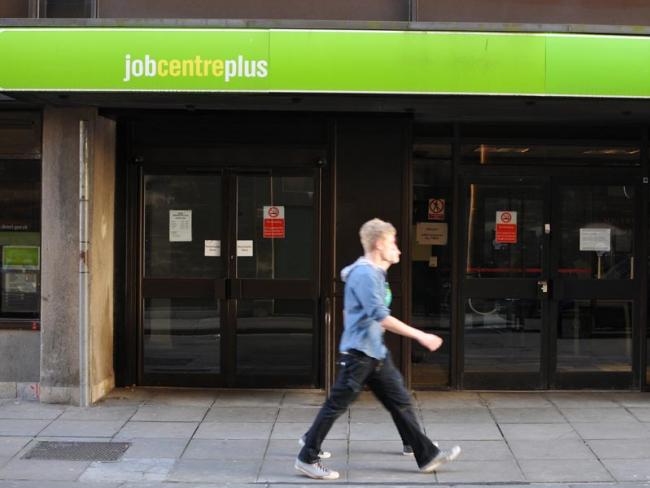 The concept of a job itself as something worthwhile is under attack. Photo 1000 Words/shutterstock.com.

When ancient Rome was faced with a restive urban population, it started handing out free grain to the proletariat, the class of landless free men and women. Regular distribution began in 123 BC. By the time the Roman empire finally fell in the fifth century AD the grain had become bread and was supplemented with olive oil, wine and pork. And circuses too.

None of this – an early version of Universal Basic Income (UBI) – stopped Rome’s decline and fall. Because paying people to do nothing may secure the loyalty of some to the status quo, but it will never bring about progress.

UBI is not a solution to poverty. It sees a future of unemployment because of technological advances, but such advances are not new and should be used as opportunities for new jobs. Current and future generations of workers deserve employment, not unemployment.

Yet UBI assumes that unemployment – like the poor – will always be with us.

These days there are as many versions of Universal Basic Income (UBI) as there are proposed pilots. The idea is that in a final scheme, various welfare benefits such as Jobseekers’ Allowance, Universal Credit, working tax credits and state pensions are to be replaced with a single, unconditional flat-rate payment, regardless of whether the recipient is in work or not.

The idea is much beloved of social democrats, greens and liberals, as well as the SNP and Plaid Cymru – which should give us all pause for thought. As should some attempts to justify the system.

These include the view that “we must free ourselves of the notion that everyone has to work for a living, as technological advances will make many jobs redundant”, as the Independent put it, referring to the work of Guy Standing, author of a book titled The Precariat (though as a professor at SOAS, London, he likely isn’t in too precarious an employment situation himself).

Or the view that UBI “will encourage unemployment in Britain – but that’s not a bad thing”, as an article by an Independent journalist explained it, going on to say, “UBI is an initiative that will demonstrably ease the course of the future changes all of us will have to face.” Does she include herself in the “all”?

Separatism has become fertile ground for UBI, with grandstanding in Wales and Scotland – even though the separatists know that almost none of the welfare system in Britain is devolved.

The Labour Party manifesto  for the 2019 UK general election said it would explore a pilot of UBI, but then Labour is not in power. In 2016 the SNP conference supported UBI, inspiring the Scottish administration to support a two-year investigation into the feasibility of a pilot involving four councils, Public Health Scotland, and an outlay of a quarter of a million pounds.

In June 2020 that investigation into “Citizens Basic Income” came to the clear conclusion – accepted by Holyrood – that devolved administrations certainly lack the power to bring in a UBI scheme and almost as certainly could not even run a pilot. And the cost would almost certainly be too high without the UK budget paying for it. The idea for a Scottish pilot was quietly dropped.

Yet in the very same month the Welsh administration picked up the battered baton. A UBI pilot was proposed for Wales in June 2020 with a suggestion some people in Cardiff be given £100 per week – an amount that would be insufficient anyway if it were eventually to replace the various benefits. This was followed by a vote in the Senedd in September 2020 and a further call for Cardiff to take part in November 2020.

The Senedd motion called on the Welsh administration to set up a UBI pilot and lobby the UK government (which is opposed to UBI) for the funding. There have also been calls for Swansea (September 2020) and Newport (March 2021) to be involved in any pilot.

There seem to be no end to council leaders and other obscure persons wanting to be involved. Wales’s “Future Generations Commissioner” also called for a pilot UBI scheme in October 2020. (This role was established by the somewhat strange Future Generations Act. Presumably none of them is interested in current generations.)

With that background it should come as no surprise that, following the recent election, the Welsh administration has recently announced a pilot scheme for UBI. Yet the idea did not feature in any of the election manifestos. There is no mention of support from the UK government, so the plan probably doesn’t have much of a future, for this generation or future ones.

Universal credit: Losing out
Credits for capitalists
Them and us
Union organisation answer to benefits freeze