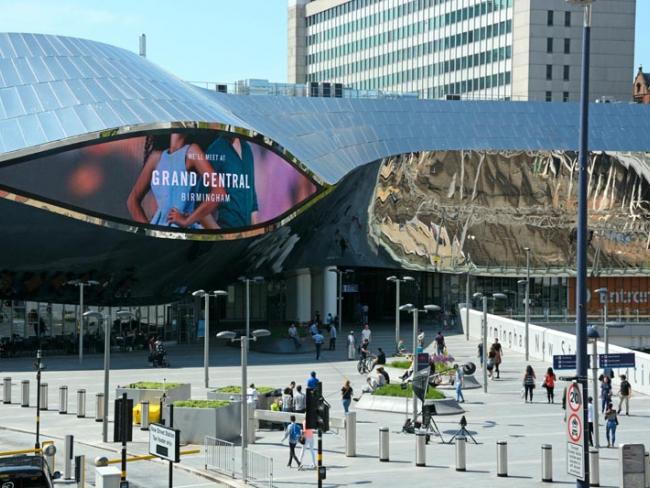 Birmingham still needs an extensive integrated public transport network. But there is progress – the building of HS2 and of new rail stations, improvements in the region’s train services, the creation of new rapid bus routes with newer cleaner buses, and the extension of the Metro system across the region, creating a “Crossrail for the West Midlands”.

These infrastructure projects are on a scale not been seen in the region since the 19th century. But air pollution causes 1,600 premature deaths in the West Midlands every year and some roads have higher pollution levels than the insides of bus depots. Birmingham City Council has proposed a Clean Air Zone for the city. Some urge an urban National Park around the Tame Valley and an urban green space like the New York Highline.

The region’s manufacturers are already addressing the air quality problem. The latest diesel engine technology is the cleanest yet and is constantly improving. NOx and particulate emissions from Jaguar Land Rover diesels are comparable to petrol, with 20 per cent lower CO2 emissions.

Electric vehicles are the future, and the region’s automotive companies have made plans. Geely has invested £300 million in building the new electric London taxi and electric vans in Coventry. GKN is investing tens of millions in developing electric axle systems, and Jaguar Land Rover is spending hundreds of millions more on the company’s Solihull plant to prepare it for the electric vehicle revolution. The government has supported these developments, funding the new Faraday Battery Institution at Warwick University to research electric battery storage technology.

The Local Industrial Strategy in the West Midlands is designed to grow this sector, where the region already has a world-class competitive advantage. New clean vehicles and components will be exported around the world, supporting thousands of jobs and keeping British engineering at the forefront of automotive manufacturing. We need a thought-through plan which gives manufacturers the time to develop these new technologies and bring them into production.