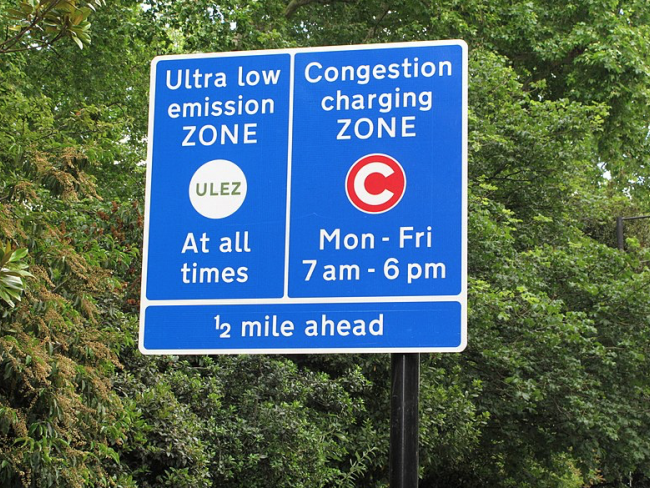 Charges of £8 a day for drivers of highly polluting vehicles in Birmingham’s Ultra Low Emission Zone (ULEZ) are to be enforced from Monday 14 June. The zone includes some of Birmingham’s most deprived neighbourhoods, with a public consultation showing that 44 per cent of those living within the zone would be charged to drive their main car.

So those living with the adverse effects of poverty and high pollution are now being obliged to fund a solution as well as increase their outgoings by buying a new car – or pay a daily charge for driving their old one.

Under pressure Birmingham City Council is issuing temporary exemption permits to anyone who lives inside the clean air zone, and to people who live outside it but work more than 18 hours a week at premises within the zone and earn less than £30,000 per year. That temporary exemption ends in two years’ time. When local councils conducted research in 2020 they found that around 23 per cent of cars travelling into the zone would be liable to pay the £8 charge.

Workers magazine has spoken to a number of people who will be impacted by the Birmingham scheme. They point out that in addition to paid workers, many people who do voluntary work in the area for local organisations or providing childcare for relatives will now be reluctant to incur the cost.

They also pointed out that the option of using public transport was simply not available to those who travelled into Birmingham from counties like Shropshire even in daytime, let alone at night.

Most noticeably, that workers were keen to tackle poor air quality whether directly affected or not and had many suggestions for better ways of dealing with the problem than the current ULEZ.

Given the cost setting up the ULEZ, locals have suggested other ways to use the money. For example, a small financial incentive to those with diesel vans and lorries to be repaired at the next MOT, as many diesel vehicles are not maintained efficiently. Similarly, they suggest some financial help for those with diesel vans and lorries to move to more environmentally friendly vehicles.

Other suggestions include a larger subsidy for public transport, which uses more environmentally friendly powered vehicles, and continuing with the ULEZ but lower the charge for everyone.

We are going to hear a lot more about ULEZ, and other Clean Air Zones in the next few months. In October, the central London ULEZ area will expand to the North Circular and South Circular, enforcing a charge of £15 a day on a population of some 3 million people.

Bath started its Clean Air Zone in March this year. Bristol, Leeds, Glasgow, Greater Manchester and Oxford are among the cities with schemes in the pipeline.

Edmund King, President of the AA, describes low emission zones as “very blunt tools that create a tax burden for low-income families and workers”. He also points out that these drivers are least able to afford to replace vehicles which they depend on for work, which often involves night shifts. Birmingham’s night workers will have to pay twice – once to go to work and once to come home the next day.