Skip to main content
Home » No to the ‘Asian NATO’! 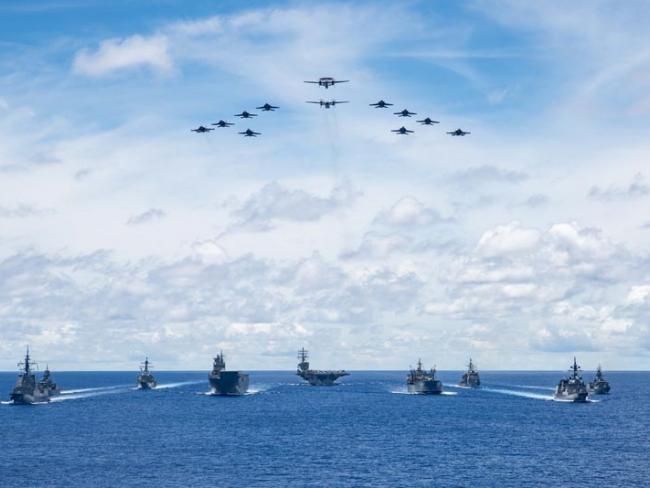 The people of Britain did not vote for independence in order to kowtow to the old-world ruling elites’ desire to carve up the globe in its own interests. When we voted for Britain there was an urge to build and reinvigorate an economy at home to serve working people and construct a future.

When it comes to other countries, there was a desire to trade and exchange culture but not to meddle and interfere in other people’s affairs. We have learned from our experience of the EU, haven’t we?

Yet rumours with a definite whiff of softening-up techniques are appearing in the news suggesting the government is to back newly installed American president Joe Biden’s call to expand the “Asian NATO” – the so-called Quad, composed at present of the USA, Australia, India and Japan – by joining the informal alliance as a counterweight to China and its growing alliances. And there are plans to increase the G7 group by inviting Australia, India and South Korea to join.

If we have learned anything from what happened in the run-up to 1914, it is that alliances can easily make conflict spill out into world war when rising and falling imperialist powers tussle things out, dragging countless others in their wake.
Britain should keep away from these ominous developments. We have far too many domestic tasks to usher in and complete. We wish to remain friendly with all the peoples of the world if we can.

The days of empire or neo-colonialism have gone. Break with the tired old mantras! Independence not interference! Tell the government what we expect.