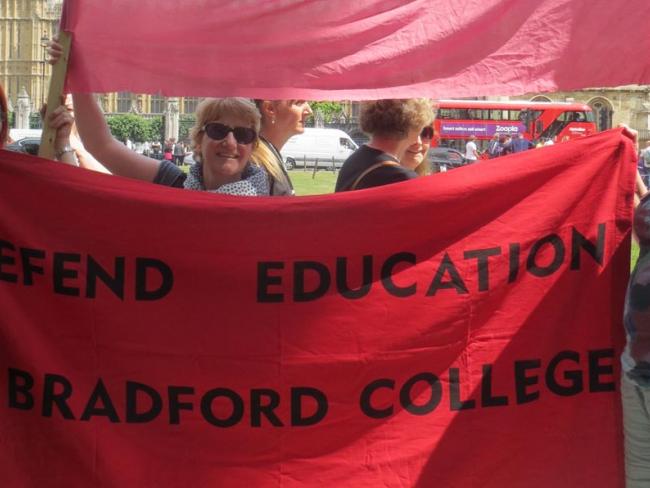 Members of the University and College Union (UCU) and Unison working in further education went on strike for the day on 24 February in colleges in England that have refused to make any pay offer for 2015-16. Yet despite what the trade unions are presenting as the defence of national bargaining, pay has been fragmented by devolution (supported by the trade unions) with Wales, Scotland and Northern Ireland splitting from the English colleges – and by colleges that offered 1 per cent and so removed themselves by a body swerve from the dispute.

What’s left is effectively a minority trying to catch up on a 1 per cent offer. Is it an offer or an imposition by government? Local bargaining is becoming a fact of life and with government-driven area reviews of the catchment areas of colleges (see “Strike ballot for sixth-form colleges”), the very survival of many FE colleges in their current format is now in doubt.

Had the employers offered 1 per cent across the board the unions would have taken it. Are the unions fighting the pay freeze with a consciousness that pay is for negotiation not imposition, or are they posturing because they do not know how to win?

A rally in central London of the “activists” and great and good speakers is no substitute for workplace organisation – and union members are in the minority in most colleges. Lodging a claim without any strategy leads to the annual ritual that becomes more divorced from the membership, sees a declining membership and the perception that trade unionism is irrelevant in these workplaces.

What needs to be changed? Don’t start battles which members know they cannot win and will not achieve any material advance. Address the failure to recruit union members with strategies that talk to real concerns. Agree spheres of recruitment to end inter-union rivalry. Work out a strategy against casualisation, zero-hours contracts and fragmentation of work, jobs and skills – one which unifies rather than promotes sectarian leftism in the name of progress. Stop playing games with the members by presenting overwhelming votes for industrial action but refusing to publish the real figure of those balloted.