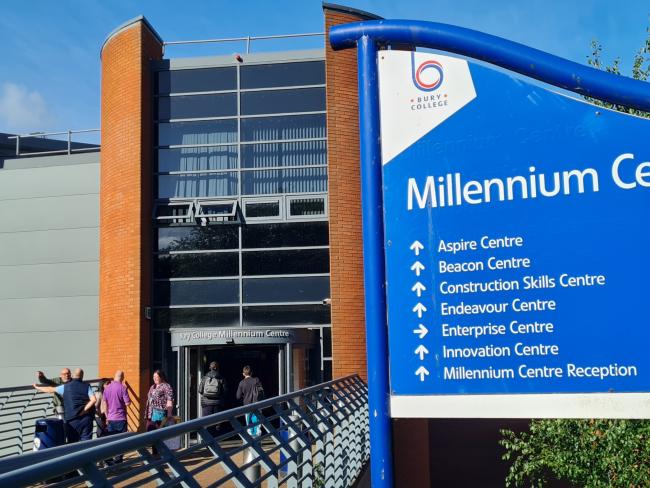 The further education college lecturers’ union UCU has been campaigning strongly for an 8.5 per cent pay increase for their members. Despite employer resistance, they are beginning to have some success.

Most FE Colleges are members of the Association of Colleges (AOC), an employers’ organisation that negotiates with UCU. But over the past 10 years many colleges have ignored AOC recommendations following those negotiations.

The union has changed tack. Since last November it has put pressure directly on individual colleges to improve the pay and conditions of their lecturers.

And this isn’t a phoney campaign ordered from above. UCU branches have organised and campaigned at college level.

‘UCU branches have organised and campaigned at college level.’

At Bury College in Greater Manchester, for example, existing members took on responsibility for organising at department level, keeping members and non-members informed of the negotiations and eventual strike ballots. This led to a one-third increase in membership and improved offers from their employer. They also formed a Strike Committee ahead of planned action.

Lecturers at Furness College in Cumbria are taking strike action too. They voted overwhelmingly in favour, responding to a derisory 1 percent pay offer from their management.

The College of Manchester branch also had a successful ballot and plans to join in with 1 day of strike action on Friday 20 May, also following up with working to rule.

Faced with industrial action and union organisation, Bury College eventually improved their offer on the eve of the strike action to a 3 per cent pay rise plus £1,000 lump sum. This was accepted by 75 per cent of members; their industrial action was postponed.

Workers spoke to UCU Bury members outside the college before they started work on 18 May. They hoped that their success will help colleagues at other colleges by putting further pressure on their employers. They’ve received the highest offer in the region, but will review the situation in September.

Manchester College lecturers were out on strike on Friday 20 May, in good heart. Their college is the only one in the region that hasn't made a pay offer. After nine months of pressure from the union management still haven't provided a date for the start of negotiations.

The UCU branch secretary said they now expect no lower than the settlement for their colleagues in Bury. And no doubt they will draw attention to the Manchester College CEO, paid £214,000 a year, who received an increase of £12,000 last year plus £30,000 on his pension.