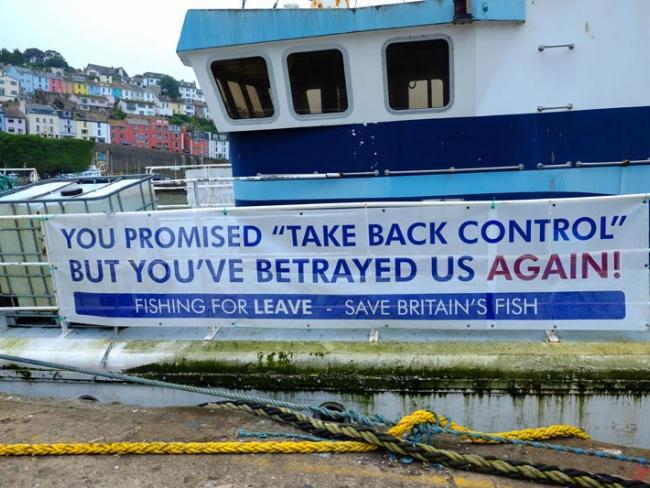 The armed vessels are to be primed from 1 January to deter EU fishing boats from illegally entering British waters. The ships will be prepared to stop and even impound EU vessels if there is no breakthrough in the Brexit talks.

Ministers are also preparing legislation to authorise the Royal Navy Police to board foreign vessels and arrest fishermen if required.

Admiral Lord West, a former chief of naval staff, said the Royal Navy should protect UK waters from foreign fishing vessels if asked to do so in a no-deal Brexit scenario. Speaking to BBC Radio 4’s Today programme, Lord West said: “It is absolutely appropriate that the Royal Navy should protect our waters if the position is that we are a sovereign state and our government has said we don’t want other nations there.”