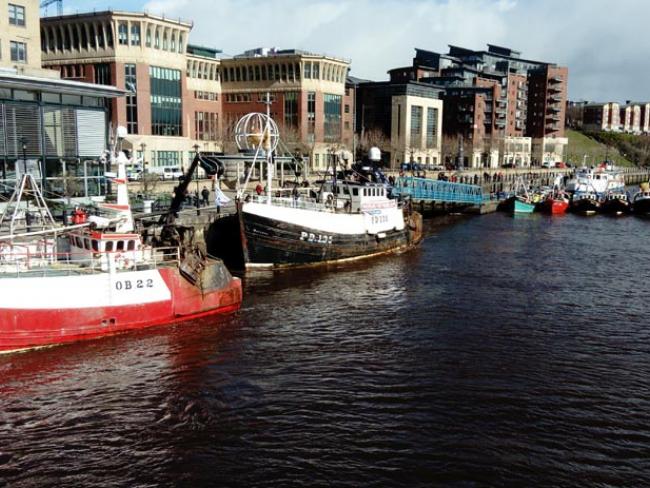 In a memo accidentally leaked to the BBC in August the Department for the Environment, Food and Rural Affairs (Defra) stated that government is uncertain whether it will be able to enforce our fishing rights once we leave the EU.

If we leave without a withdrawal agreement – a deal – Britain will immediately drop out of the hated Common Fisheries Policy, which has done so much harm to our fishing industry by allowing EU fishing fleets to plunder the rich waters around Britain’s coasts.  Under international law the UK would become an independent coastal state after Brexit, able to exert full control over our waters.

Now Defra appears to say that we lack the resources to do exactly that. It bemoans the fact that it currently has only 12 vessels to force the exclusion of foreign fishing vessels.

This leak comes after threats from French officials and fishermen to ignore the UK departure from the CFP and to continue to fish illegally. Already last August, the “scallop wars” saw fights between French and British fishing boats in the English Channel in waters off Normandy. Boats collided and stones were thrown.

Commenting on the BBC about the intention to continue fishing here post-Brexit, one French fisherman admitted that he sympathised with British fishermen for voting to Leave. They hate the CFP too.

Campaigning organisation Fishing for Leave expressed outrage at Defra’s “defeatist assessment”.  In practice any illegal fishing would centre on the border zone that runs from between the Dogger Bank in the middle of the North Sea all the way round to between the UK and the Republic of Ireland off Anglesey, about 1200 nautical miles.

FFL points out that with existing British monitoring vessels, modern radar, spotter patrol planes, and the help of the Royal Navy, there is no reason why the job can’t be done.  Especially as all ships from countries party to the North East Atlantic Fisheries Commission must by law be fitted with satellite Vessel Monitoring Systems. Impounding boats, and with heavy fines for release, would be quite a deterrent.

There could be strictly limited short-term annual access agreements for some foreign fishing vessels, says FFL, but only on the basis of reciprocal and equal value mutual interest.

So why is Defra so gloomy about the prospects for enforcement? The history of betrayal of British fishing rings alarm bells. Is Defra looking for an excuse to be soft on the EU?