The great betrayal? Don’t let the EU steal our fish 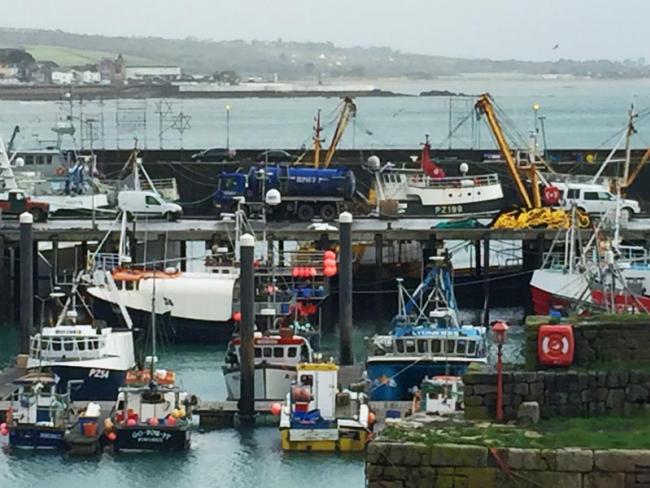 The shabby treatment of Britain’s fishing industry and fishermen was one of the issues at the heart of the debates leading up to the historic 2016 referendum vote to leave the EU, not only for fishing and other coastal areas of Britain, but for people across the country. The Common Fisheries Policy is one of the clearest examples of how the EEC, later EU membership, failed Britain.

Fishing community demonstrations were regular occurrences on the Thames over decades, covered by Workers and its predecessor The Worker, and their struggle captured the public imagination. Fishing and agriculture have become topics of public debate, as we consider how independence must be backed by food security.  Two years on, and with Brexit a few months away, where do we stand?

We should have, as the international laws and agreements governing fishing stipulate, an Exclusive Economic Zone (EEZ). This, according to the United Nations Convention on the Law of the Sea, is either 200 nautical miles off the coast, or the median line where, as across the English Channel, for example, another country’s coast abuts the same sea.

Yet government and the civil service have made concession after concession on fish. In the spring, fishing towns saw widespread mass demonstrations when it became clear that the government had sold out fishing in a transition deal, under which we would remain at the mercy of the Common Fisheries Policy until January 2021, with quotas imposed by unelected commissioners, influenced by lobbyists for every country with its eyes on our fish stocks.

‘Our fisheries are a major asset, for all the spin that seeks to portray them as of little economic significance…’

Michael Gove is reported by the Financial Times to have assured the Danish fishing industry that Britain would not stick to its guns over coastal limits, as we did not have the capacity to exploit our stocks on our own, in effect welcoming them to come and take as much as they wished. The Danish fishing industry is notorious after a 2017 scandal in which, after their national audit office found widespread quota fraud, two senior civil servants resigned and the minister was “relieved of his position”.

Our fisheries are a major asset, for all the spin that tries to portray them as of little economic import. Our fishing grounds have been described as the best in Europe, and EU member states see access to them as something they will fight to keep. In 2016 we exported £1.17 billion worth of fish and fish products to the EU, importing £1.04 billion.

In terms of catch, boats from other EU countries landed around 760,000 tonnes of fish worth £540 million per year from UK waters between 2012 and 2016, against  90,000 tonnes of fish worth £110 million landed by UK boats fishing from other EU countries in the same period. The EU’s strategy is to secure continued access to our stocks, by fair means or, more probably, foul. For them, fish are defined as a “common resource”, to which all members states, even the land-locked ones, should have access.

After a gestation longer than an elephant’s pregnancy, and months of leaks and rumours, in June of this year the government issued a White Paper, Sustainable Fisheries for Future Generations, consultation on which closes in September. Much of the White Paper is couched in Whitehall-speak which when decoded pays only lip-service to ideas of taking control of our fisheries, and does not go nearly far enough.

We say every fish caught in British waters must be caught by a British registered boat. And every British registered boat must be owned, skippered and crewed by British fishermen. At present, three companies take 61 per cent of quotas for England and Wales. As Greenpeace showed, it was possible (and still will be if the transition agreement were to continue) for a single Dutch-owned vessel to have 23 per cent of the entire English quota. The historical disadvantages which beset the owners of smaller vessels (under 10 metres) must be removed. These owners make up 78 per cent of the UK fleet.

Moreover, the question of fisheries clearly shows the need for a truly national approach. The White Paper, unsurprisingly, makes repeated reference to a role for the “devolved administrations”. Separatists should have no say in the future of our national industry, defined by our single coastline. Fishing towns, whether in Scotland or the West Country, Wales or Yorkshire, have one united interest, as do those who consume the catch.

A genuinely national fisheries policy will stimulate the regeneration of coastal towns and cities. The fishing workforce of the future needs training and education. The number of fishermen fell by around 43 per cent between 1994 and 2014, so more will be needed.

Existing boats and equipment need quayside services, supplies, repairs and maintenance. But more than this, the fleet needs to be built up to meet the challenge. Sixty per cent of our fishing fleet has been scrapped over the years, while EU member states used grants, paid for by taxpayers, to build up theirs. At the end of 1948 the number of fishing vessels in Britain stood at 13,300, it is now 6,383.

‘A genuinely national fisheries policy will stimulate the regeneration of coastal towns and cities.’

Fish processing, for a perishable commodity, needs to take place where fish are landed, with consequent implications for new factories and equipment. The industry needs research, monitoring of stocks, and the technology to support fishermen, all of which provide opportunities for universities and colleges in and near coastal areas.

The navy too, has a role. Fisheries protection will be necessary and cannot be enforced with aircraft carriers. The contempt skippers from EU member states show even for EU rules has been demonstrated again and again. So it is probable that they would not at first respect international maritime law, and it would be foolish not to prepare for the necessity.

The EU quota system, for all the outcry against the practice, still encourages discards, the system under which fish are thrown back in the sea when a boat has reached its quota. Further, because quotas are applied on a species basis, a boat that reach its quota of one species is forced to put back in to port, and even though its quota might permit it to catch more of other species.

Fishermen have no way of stopping the wrong species entering their nets, a fact that has eluded, by ignorance or design, EU policy-makers over decades. Discards are unacceptable. We can now, guided by the science, manage our fish stocks ourselves.

We are not Norway, nor the Faroes, nor Iceland. We have to plan a future for British fisheries that works for our particular circumstances. This must involve those who work in the industry, of course, first and foremost. It would be encouraging if the trade unions that organise in the industry were to spend less time on the internal affairs of a dying and irrelevant Labour Party, and more on the interests of the members. If they wished, they too could be part of determining our future.

The importance of fishing is clear to the class, though not to Westminster (still less Holyrood). As the National Federation of Fishing Organisations says in its response to the White Paper, when Britain becomes an independent coastal state, “everything else flows from that”.  The Common Fisheries Policy, over decades, showed the world the failure of the EEC, then the EU. A no-deal Brexit would give us the freedom to set a sensible course for the future.