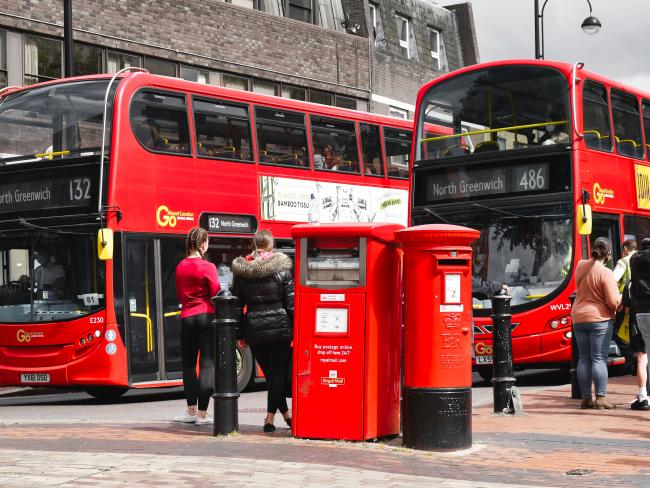 London Transport union RMT has begun balloting over 10,000 members across all grades after Transport for London (TfL) refused to give assurances on jobs, pensions and working conditions in the midst of an ongoing financial crisis driven by central government.

TfL has announced plans to axe 600 staff posts in what the union says is the opening shot in a programme of jobs carnage that will target safety critical station grades.

The union says that it will be campaigning for a massive yes vote in the ballot. It has vowed to take whatever action is necessary to prevent staff paying the price for a financial crisis that is not of their making. The ballot closes on 10 January.

General secretary Mick Lynch said, “A financial crisis at TFL has been deliberately engineered by the Government to drive a cuts agenda which would savage jobs, services, safety and threaten the working conditions and‎ pensions of our members.

“Today we have seen the opening salvo in what will become an all-out assault on safety critical staff posts with 600 jobs on the block, mainly amongst our station members.”

The RMT also says it will coordinate a campaign of resistance with colleagues from other unions.

At the start of the Covid crisis measures in March 2020, numbers of travellers suddenly collapsed on both bus and tube, though they rose significantly in recent months as more people returned to work in workplaces. (Of course they will fall again now that the government has called for a return to home working.)

TfL entered the Covid crisis measures with a massive reliance on fares revenue: about 72 pence in every pound spent on London’s transport network came from fares – roughly double the 38 per cent in New York and Paris.

For several years, the government has been gradually removing subsidies and funding from TfL. It has declared that London has to be self-sufficient on public transport funding, which is a catastrophic impossibility.

Then came the lockdowns and restrictions and the enormous drop in numbers of people using the Underground, rail and buses. The government reacted to TfL’s financial crisis with a series of short-term tranches of money, which presupposed the crisis would not be resolved or settled soon.

Worse, government support came with a long list of strings attached. These include a commitment to review TfL pension schemes, to expand the number of driverless trains, and to review and reconsider service levels on the Underground and Overground in light of observed demand (that is, failing to reckon on post-pandemic demand) across the network.

The strings are yet another example of using a crisis to attack workers and their hard-won conditions of service – in this case the transport workers.

With the collapse in travellers, TfL finances went into a nosedive. The tubes and buses had largely to continue running, but the money wasn’t coming in, while Crossrail still had to be finished and ongoing maintenance costs for bridges, for example, needed to be met.

Late in the day Government did provide some support through the Department for Transport in a series of six-monthly deals. The current one ran out on 11 December. Even that still left TfL racking up debt and a potential shortfall this year of £500 million.

In each of these deals, the government was clearly engaging in brinkmanship with the mayor and TfL, not even initiating negotiations until the last possible day, and imposing increasingly tight conditions on both how the funding is spent and by when.

TfL and City Hall have never been more openly panicked on funding than now. They predict that unless money is found they might even have to close an entire tube line (or near 10 per cent of tubes). Also at risk are 20 per cent of bus services.

London faces a “managed decline” of assets including bridges and tunnels across the Thames, and no more funding for cycling and walking beyond the end of current projects in construction. 600 station jobs will be cut in the first round.

TfL board papers indicate that weekend and off-peak services will be slashed from next year. Fares will go up by around 5 per cent in January for a worsening programme. Bus services will be reduced further in following years. All this when people ought to be using public transport more to reduce climate change.

‘New data from TfL shows a rising rate of crime and anti-social behaviour.’

The RMT union, using new data from TfL that shows a rising rate of crime and anti-social behaviour plus increasing passenger fear on the capital’s transport system, has called on TfL and the government to step in and stop the job cuts on London Underground.

The union reveals that TfL’s Customer Service and Operational Performance Panel were shown data indicating that the rate of recorded crime and anti-social behaviour is up across all modes of TfL transport by 40 per cent.

On top of this, a third of passengers surveyed said they had felt worried on public transport in the past three months, while 9 per cent of Londoners had been completely or temporarily deterred from using public transport due to a worrying incident.

The survey also showed that the level of hate crime on the Underground has nearly returned to pre-pandemic levels even though passenger numbers are still down. Around 20 per cent of hate crimes are against London Underground staff.

RMT General Secretary Mick Lynch said, “TfL know that what London Underground are doing is wrong. They have the data that shows passengers want more staff, not less and they now have the data showing that crime and anti-social behaviour rates are up and passenger confidence is shaken.

‘If they persist with these cuts it will further erode passenger confidence in tube travel and we risk seeing London Underground descending into a spiral of decline that will cause immeasurable damage to London.

“TfL’s Board and the Mayor need to show some spine, do what they know is right and step in to stop these cuts and this government need to stop partying while London crumbles and provide the funds we need to get out of this growing crisis.”

• Related article: Save the capital's transport!