Myth and manoeuvring over the Irish border 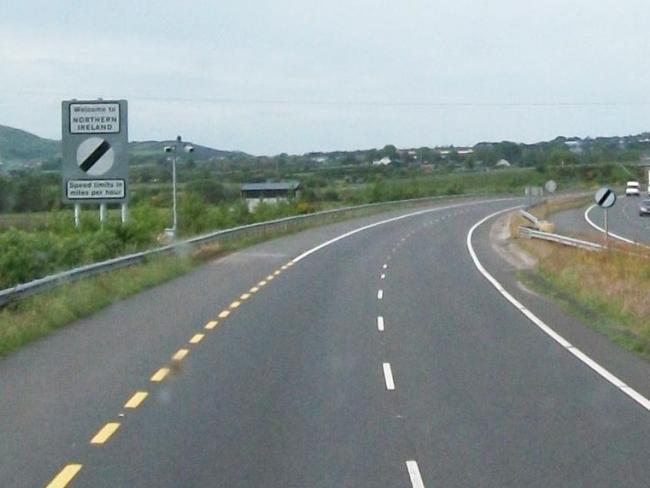 Sign on the border between South and North. Photo Eric Jones (CC-BY-SA 2.0)

Yesterday (7 June) the government proposed a less than clear “backstop” for the border between the northern and southern parts of Ireland to (perhaps) limit the time EU customs union rules would be applied in the absence of a full agreement on the border. And today it appears that EU negotiator Michel Barnier has rejected the idea.

What is becoming clear is that the whole issue, backstop or none, is being used as a backdoor way of delaying and perhaps denying Brexit.

Contrary to popular belief there has always been a border between Northern Ireland and the Republic. It is a tax, immigration, international excise and security border.

Almost two-thirds – 65 per cent – of Northern Ireland’s trade is internal, 20 per cent goes to the rest of the UK and 5 per cent to the Republic. A mere 1.6 per cent of the Republic’s exports go to the North and a similar percentage of its imports come from the North.

There are 13,000 border crossings solely related to the production of Guinness and as with agricultural products movement of goods is totally predictable, easy to monitor and verify for tax purposes in each jurisdiction.

Small traders have “authorised economic operator status” which makes movement of goods frictionless. There are 600 firms across Ireland which are so designated.

Germany, meanwhile, has 6,000 such arrangements that currently operate across its borders. Not one single new or untried technology is required for this system to function.

Soon after Article 50 was invoked, Dublin made a formal request to the European Commission to consider agricultural free trade area status for the whole of the British Isles. Barnier rejected this out of hand without any explanation.

As soon as we leave the EU and with it the Common Agricultural Policy implementation will be in our gift as an independent sovereign nation.