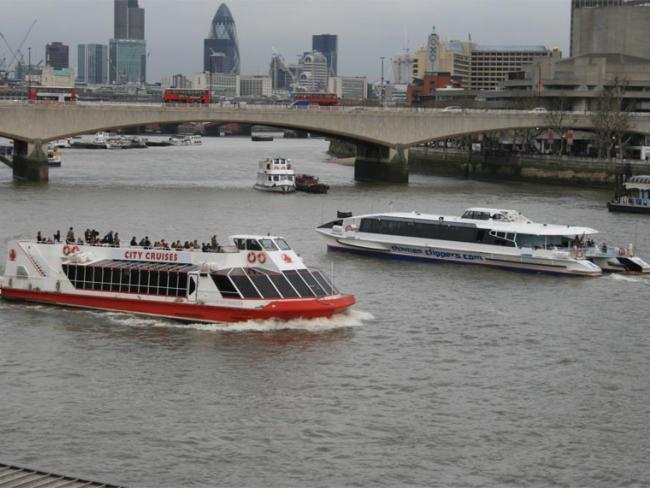 Crew members and others who staff some of the Thames river boats, such as Thames Clippers and City Cruises, have voted unanimously to go out on strike if their demands for improved pay and conditions are not met. Their first strike, planned for 27 August, was suspended pending talks between their union the RMT and company bosses. A measure of success has already been achieved : after a long campaign by the RMT, City Cruises, which operates a Transport for London ticketing system, has decided to recognise the union as a prelude to talks. Further action, scheduled for 4 and 5 September, is still on. The dates are designed to have maximum impact, as this is the height of the tourist season.

In addition to serving tourists, these crews run a commuter service for Londoners between Westminster, Canary Wharf and Woolwich Arsenal. During recent Tube strikes (also still planned to continue if negotiations on night-time working fail) the boats were advertised as an alternative to the Underground in order to break the strike. Clearly the crews were unwilling to be exploited as scabs and instead have chosen to stand shoulder to shoulder with the Tube drivers and station staff. This has strengthened the hand of all those resisting the cavalier attitude of London’s mayor and Transport for London.