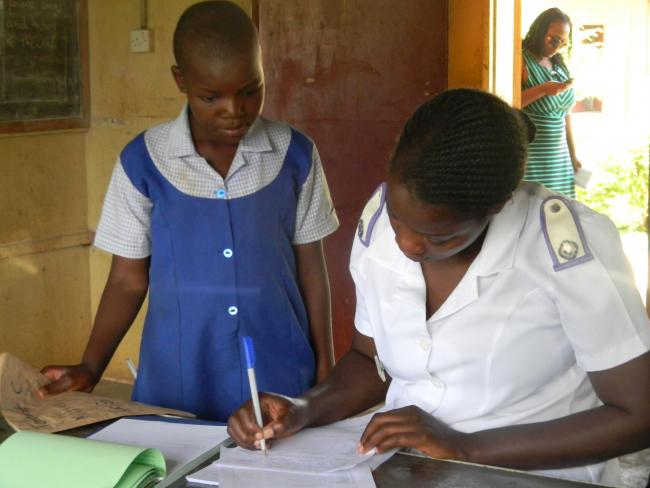 A nurse working in a government health outreach project in Harare, Zimbabwe – one of the countries losing nurses to the UK. Photo Cecil Dzwowa. (CC BY-SA 4.0).

Britain continues to recruit nurses and other health staff from “red listed” countries, who have their own shortages.

The UK government has a code of practice for the international recruitment of health and social care staff and it was updated as recently as November 2021. It says,  “We are determined to be a force for good in the world, which includes supporting better health and care beyond our shores.” That's not strictly true.

The World Health Organisation has an action plan for the health and care workforce globally. Countries it grades “red” have fewer doctors, nurses and midwives than the global median of 48.6 per 10,000 people.

No one has asked why the NMC, as the UK’s nursing regulator, did not refuse these applications to recruit nurses from red listed countries. That Britain is short of nurses is not a good enough reason.

‘Why did the regulator not refuse the applications?’

The current nursing shortages are a direct consequence of previous government decisions. One dates back to the decision of the coalition government to reduce the number of nurses trained in England and Wales. At the same time in Scotland Nicola Sturgeon, then the Scottish health secretary, said, “A reduction in intake for the 2012 academic year is a sensible way forward”.

Later, in 2017 the number of nurses in training was badly affected by the abolition of bursaries for nurses and midwives. The current government has introduced a new reduced bursary, but nurses and midwives still have to pay tuition fees, which they did not have to previously.

Codes of practice and regulators can’t deal with this abuse. The question of what to do about shortages in Britain and ending “red list” recruitment can only be tackled by proper organisation within the nursing profession.

At the moment trade unions often get engaged in defending individual overseas nurses but rarely raise their voices against the outrageous practice of overseas recruitment itself. The RCN did so in response to the latest figures, but that stands out as a rarity.

This data on nursing recruitment comes a year after the report from the General Medical Council on The state of medical education and practice in the UK 2020, which revealed that in 2019, doctors who obtained their medical qualification overseas comprised nearly 35 per cent of all those licensed to practise in the UK, and that between July 2019 and June 2020 a further 10,000 such doctors registered – many more than those who registered with a qualification from the UK.

Their report for 2021 reports a sharp drop in the number of doctors registering and who trained outside the UK, but that may be mainly due to the impact of the pandemic. But there is an increase in the number of students who have started training at UK medical schools.

Unequal access to GPs: a radical solution needed
Maternity wards close in Wales
Nursing shortages: move on from the blame game
Would-be doctors face squeeze while NHS continues to hire from abroad
Diet and obesity – an issue for the working class