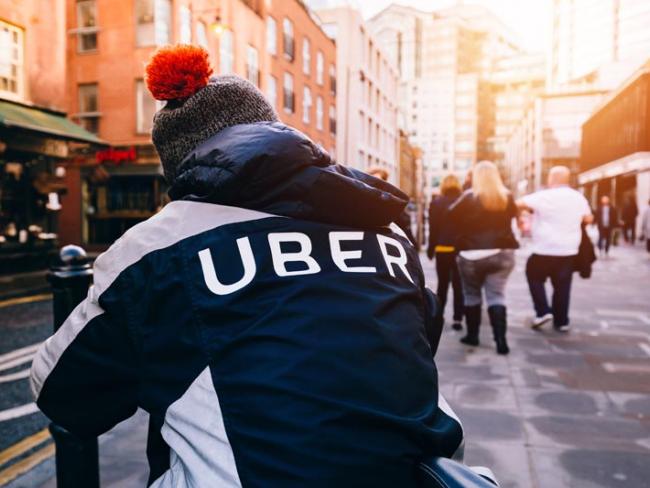 Suddenly, politicians seem to be wanting to talk about work. Low wage work, minimum wage work, gig work, any kind of work. Just as long as there’s no contradiction between employers and workers…

Everyone has been talking about work. Matthew Taylor's Good Work: Review of modern working practices, commissioned by the Prime Minister and published in June, was followed up by the TUC’s Great Jobs Agenda and the Mayor of London’s Good Work Standards. All this has been set against the debate over the so-called Uber economy, workers’ rights (or not) in the workplace and the fairy tale that the EU has secured workers’ rights for the last 40 years.

We have been here before. There are over 30 million workers in Britain and we know a lot more about work than any of the above.

The same issues prevail now, under parasitic finance capitalism, as in its earliest days – resistance or exploitation; the fight for wages or the maximising of profits.

The Taylor report is full of platitudes and says very little. Consider its summary: 1) wages – based upon the living wage and benefits, hence ensuring wages remain at the lowest legal minimums – but it's really about fairness. You can be low paid with no future but still be treated with respect and decency. 2) Employment itself – let’s ensure we have a healthy and happy workforce. Smile, have a good day while the employer shafts you. 3) Design of work – to maximise productivity with the lowest labour costs. 4) Citizenship – we are no longer workers but citizens and citizenship comes with respect, trust, enabling, and responsibility. 5) Fairness (again) – how business models are allowed to develop and respond to market demands. Fairness to the employer.

In a nutshell: “The most important factors determining people’s experience of work lie in the relationship between those who hire, employ and manage on the one hand, and those whose services they employ on the other.”

In The Communist Manifesto Marx and Engels were more succinct back in 1848: “Society as a whole is more and more splitting up into two great hostile camps, into two great classes directly facing each other: Bourgeois and Proletariat.” Simply put: those who sell their labour power and those who exploit the labour of others. The class contradiction permeates every aspect of industrial relations and workplace rights – the balance of forces between those who work and those who exploit work.

From its summary the Taylor report then degenerates into management gobbledygook. Examples of this include “platform-based working”, “workers as dependent contractors”, greater flexibility and of course fairness, how to reduce wage costs by using a latter-day version of piece working. All of which were extensively analysed and criticised 150 years ago in Marx’s Capital, Chapter Ten ,”The Working Day”.

Marx details the fight by workers for wages, hours, piece rates, defining working time, control over the working day, regulation of the workplace. The trades cited then may have changed to an Uber taxi or Deliveroo cyclist of today but the principle remains the same.

Those who go on about the EU having delivered workers’ rights should reflect that in Britain compulsory regulation to control hours, the working day, exploitation and so on began in the 14th century not just in the fight against Thatcher in the 1980s.

The living wage is defined as a powerful tool to raise the financial baseline of low paid workers. But the living wage plus its benefits element is also acknowledged as the key factor in what is termed “in-work poverty”. Such in-work poverty contributes to over 15 million working days lost due to stress, anxiety or depression.

What does the report define as the high level indicators of quality for work? 1) wages 2) employment quality 3) education and training 4) working conditions 5) work/life balance 6) consultative participation and collective representation. In practice, the base line is the living wage/national minimum wage. Employment quality is characterised by the ever-growing use of zero hours contracts and repeated re-definition of what the term “worker” means so as to remove minimal employment rights.

The number of those in employment using work time for education and training courses has fallen from 140,000 in 1995 to 20,000 in 2014, and the working conditions of British workers have also plummeted. Work/life balance has taken a big hit in this era of long hours, low wages, and flexibility only in the interests of the employer.

Last of all the Taylor report recognises the need for workers to represent themselves though not just by trade union organisation, but by whatever the employer deems fitting. So we see mere lip service, with “rights” governed by individual employment protections which depend on the legal status of a worker’s employment or contractual arrangements: a minefield, then.

‘A useful starting point would be for the unions to get off their knees.’

Laughably, the Taylor report acknowledges “that the government must take steps to ensure flexibility does not benefit the employer, at the unreasonable expense of the worker…” This rather contradicts the pleas for responsible corporate governance!

Perhaps the most interesting aspect of flexibility is the recognition that employers are consistently avoiding paying their national insurance taxes. Instead of £60 billion of tax being raised by employing workers directly and permanently, employers use self-employment and false employment.

The TUC’s “Great Jobs Agenda” manages, in its mercifully brief five pages, to largely echo the Taylor report on fairness and respect. But one in ten workers – three million of us – are now defined as facing insecurity at work as a result of zero hours contracts and other ruses.

More critical is the fact that real wages are lower in 2017 than in 2008 and expected to decline still further in real terms, by 1.1 per cent over the next 12 months.

The TUC made a feeble attempt to reinvigorate its “Britain still needs a pay rise” campaign with a lobby of Westminster on 17 October. A useful starting point would be for the unions to get off their knees and stop asking the TUC to do what they have failed to do.

Also mirroring the Taylor report, the Mayor of London’s Good Work Standard stresses the “new compact” with the employers, supposed to make London a “fairer” place. Like Taylor, the last consideration of the report is the trade unions. The Mayor wants employers that pay the living wage to be rewarded with a reputational boost – by being “ethical employers”.

The challenges for us as workers, and for our trade unions, remain the same as in the days of Marx: breaking out of the wages system, challenging the very reason for the existence of the capitalist mode of production and , asserting our interests as workers for ourselves.