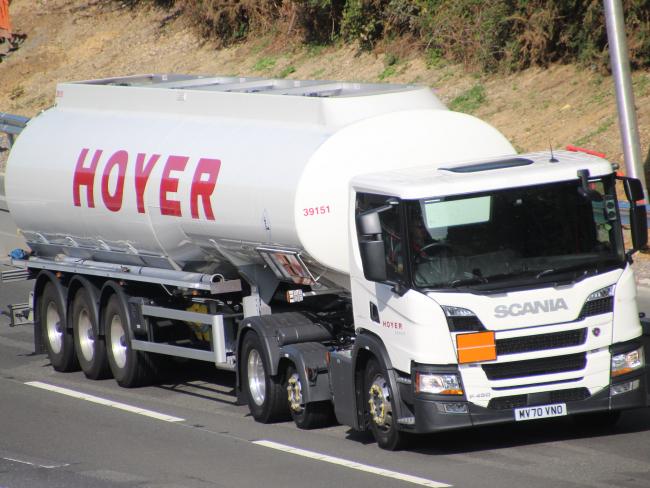 Fuel tanker drivers based at Stanlow oil refinery in Ellesmere Port, Cheshire, have overwhelmingly voted for strike action against redundancies.

The workers voted by an impressive 96.2 per cent for strike action. Their trade union Unite is now planning 14 days of strike action, starting with 2, 4 and 6 November.

The 28 drivers are employed by Hoyer Petrolog, part of the transnational logistics company Hoyer. The key workers worked throughout the pandemic delivering fuel to petrol stations and supermarkets across the north of England and to John Lennon airport in Liverpool.

Their employer has been increasingly using agency drivers to fulfil delivery contracts and has now announced that 6 of the 28 employees are to be made redundant.

“Despite Unite giving Hoyer every opportunity to resolve this dispute through negotiations, it has refused to do so and as a consequence and as a last resort Unite has announced strike dates.

“Our members regret that their action will cause considerable disruption to fuel deliveries but believe they have no other option in order to save their jobs.”

According to Hoyer’s website, the company employs over 6,000 people across 115 countries with a turnover of €1.2 billion.

Universal Basic Income - no solution
Gig economy: Defeat for Uber
Wages on the up - just
Employment and earnings on the rise - a little
Internships scandal