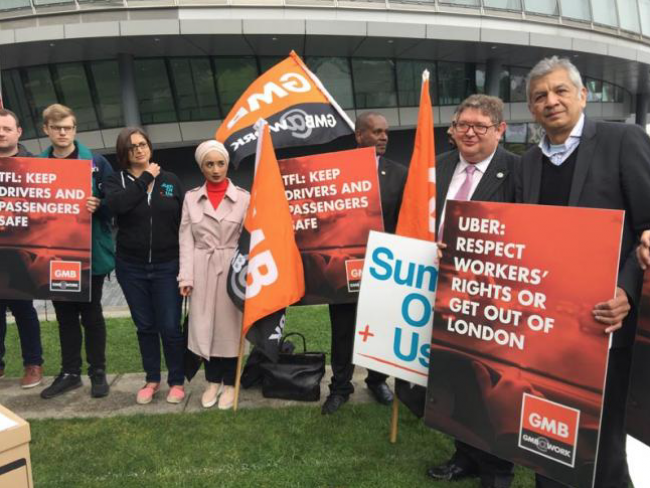 18 September 2017: Delivering a GMB-organised petition against Uber to City Hall, London. Photo Sum of Us (CC-BY-SA 2.0)

The GMB union is claiming a “historic win” after the Supreme Court ruled on 19 February that Uber drivers are not self-employed but are workers – and as such entitled to holiday pay, minimum wage and rest breaks.

Lawyers Leigh Day, fighting the case on behalf of GMB, say tens of thousands of Uber drivers could be entitled to an average of £12,000 each in compensation.

Lead claimant Yaseen Aslam said, “During the six years of these proceedings, we have watched the government commission and then shelve a review of the gig economy yet do nothing to help us.”

Six years ago Uber lost its case at an industrial tribunal, and lost every appeal since then.