Skip to main content
Home » News/Views » The truth about quotas

The truth about quotas 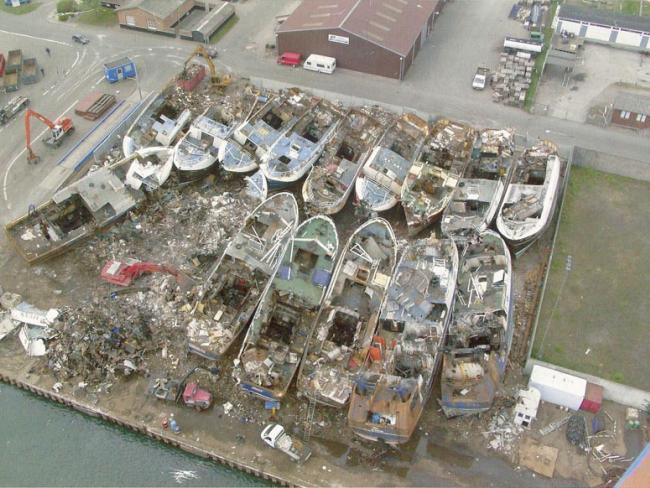 Fishing was a key issue during the EU Referendum campaign, not just in the coastal communities of the British Isles of course but also in towns and cities across the nation.

The Remain establishment argued that it hardly mattered economically. Leavers upheld its importance in the life of the nation. The fishermen have fiercely defended their industry, with memories of the government’s betrayal in using it as a bargaining chip to join the EEC in 1973 still fresh and sore.

With the general election over and debate moving on to the elements of a potential trade deal with the EU, fishing is still centre stage. The EU Commission is adamant it will not allow any reduction in the rights of EU crews to fish in our waters. And although the government has pledged to steadfastly uphold our fishing interests, suspicions remain. Fishermen are watching developments vigilantly.

Attempts to undermine their case are rife, of course. The accusation is that British fishermen sold off their quotas (their catch allowance for different species) to the EU, and so have only themselves to blame.

It’s worth looking at the background to this slur.

In the 1990s, a long-running legal case known as Factortame considered the rights of Spanish fishermen to fish in British waters. It sounds like an obscure legal term. In fact it is the name of a private company formed by Spanish fishermen, Factortame Ltd.

The case had its origins in the Merchant Shipping Act of 1988, passed by Parliament to restrict access to British waters for foreign-owned vessels, and to prevent them from avoiding this restriction by re-registering as British ships. Re-registering would have enabled them to sell their catch in EU markets while counting them as part of the British fishing quota (“quota-hopping”).

The Spanish fishermen were furious at this exercise of British sovereignty, and went to court. First, Factortame won a judicial review against the government. It claimed that the Merchant Shipping Act breached EU law by requiring ships registered in the UK to have a majority of British owners.

Further challenges followed, leading to complex arguments in the British courts over the most basic question of all: Which is sovereign, British or EU law?

In the days before the Supreme Court, it all ended up in the House of Lords. The Lords referred the matter to the European Court of Justice, which ruled (for the first time) that the courts had the power to “disapply” an Act of Parliament if it was contrary to EU law.

And indeed the Merchant Shipping Act was duly found to be inconsistent with the most basic principles of EU law: freedom of movement and capital, and the right of “establishment” – the right to set up a company and trade anywhere in the EU. Naturally, according to the European court, the Spanish fishermen were entitled to compensation from the British government.

The consequences were rapid and harmful. After Factortame, the practice of foreign-owned ships registering as British “flagships” became rife. Sharing the British fishing quota among essentially non-British companies became widespread.

So the quota wasn’t surrendered for cash by greedy British fishermen – it was prised out of their hands by the EU. Far from profiteering by selling quotas many, as Fishing for Leave says, were “forced to sell to EU companies as the British industry collapsed from EU robbery!”.

The quota is ridiculously low anyway. It was set in 1983 by what is known as the EU “Relative Stability” ruling on quota allocations between countries. And it remains in force, set in EU stone, in spite of significant changes in the quantity and makeup of fish populations, particularly in the northern North Sea.

“Relative Stability” allowed Britain a very low share of fishing rights in the rich waters around its shores, such that now 60 per cent of our fish is caught by EU vessels.

When Britain joined the EU in 1973, it triggered a progressive and catastrophic collapse in the British fishing industry, with dire results for our coastal communities. Now we must insist that it is given wholehearted support from government, and freedom to expand and prosper.