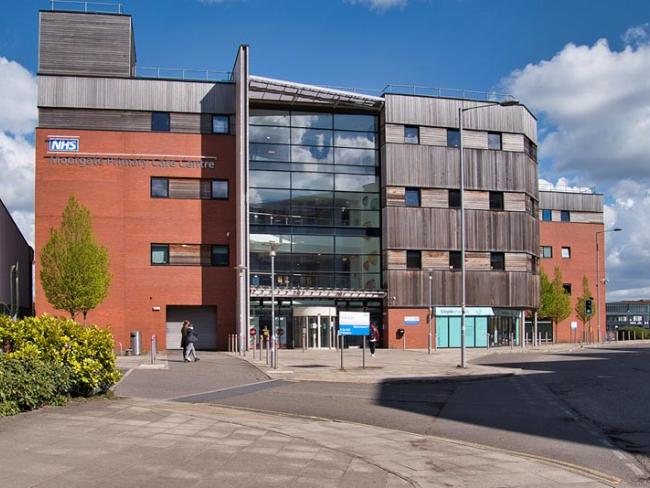 Across Britain people are finding it harder and harder to access primary health services. It should not be a battle just to see your GP. Health service workers must take the lead in sorting this out…

Access to primary care (GP) services is a concern across Britain. It is now increasingly clear that those who work in the NHS must take charge of this emergency to rectify the situation, for the sake of patients’ health and their own.

The most recent report was from the Nuffield Trust, which tracks many aspects of health care. At the end of May it showed that a shortage of GPs has left some areas of England coping with half the number of doctors compared to others.

There is no north-south divide here, as there are problems across the country. Some of the worst-affected places are Hull, Portsmouth, Brighton, and parts of Essex; all with fewer than 50 GPs per 100,000 patients.

And it’s not just England; GP services elsewhere in Britain are also under pressure. Scotland had on average significantly more GPs per head than the rest of Britain in 2019 – 76 per 100,000 against 60 overall – according to Nuffield Trust research. But even so, primary care in Scotland has suffered from the pandemic.

‘Media coverage of GP services feels like a slanging match. Patients say they are finding it hard to access GPs. And GPs say they are working harder than ever…’

The answer, according to an inquiry launched earlier this year by the Scottish Parliament’s Health, Social Care and Sport Committee is “alternative pathways into primary care”. The responses to a public consultation were mixed to say the least – and it’s not as if other areas of NHS Scotland are just waiting for more work. Nurses and others share the same pressure as GPs.

The overall NHS picture in Wales is different, as The Nuffield Trust reported in June. But GP appointments and numbers are a concern there too. The Welsh government entered into a new GP contract last December, but unlike England it is not encouraging a return to face-to-face consultations, apparently because of pressure on GPs.

The NHS careers website has no shortage of Equality, Diversity and Inclusion officer job vacancies with responsibilities for “getting it right for patients”. But with the gateway to the NHS, GP services, so unequal, how can the service even begin to “get it right” for patients?

Some media coverage of GP services can feel like a slanging match. Patients say they are finding it hard to access GPs. And GPs, including their Royal College and BMA reps, say they are working harder than ever and that more GPs are needed.

It is true that the demands on GP services are soaring, with the average patient visiting GP services eight times a year, more than double the level 20 years ago. And every month seems to bring new strategies – problem gambling, obesity and so on – that rely on GP intervention.

But it is also true that even before the pandemic the trend was for more GPs to work part time. Government and NHS leaders know this, as the independent health charity The King’s Fund pointed out in its submission to the parliamentary inquiry into the future of general practice.

The consequence is that two doctors now need to be trained to produce the equivalent of one fully qualified full-time GP. That process takes around eleven years to attain full competency. This means that all government figures about increasing the number of GPs in training need to be reconsidered.

The changes in the GP contract (agreed under Tony Blair’s government in 2004) means that GPs do not have responsibility for patient care at night. In combination with GP part time work, and the difficulty in getting appointments, this places ever more stress elsewhere with negative consequences on ambulance response times and A&E departments.

This has also fuelled the growth of parasitic locum agencies. They make big money from out of hours services and high hospital doctor vacancy rates. Locum work is precarious for the individual doctor, and reliance on locum cover is bad for GP practices, patients and NHS finances.

The slanging match between patients and GPs must end. The embattled, defensive line taken by the BMA and the Royal College of GPs – that patients are being whipped into a frenzy by anti-GP media – is unsustainable. Patients have genuine concerns and deserve honesty about how the GP service is organised.

Many patients still don’t realise that the NHS does not employ GPs. Instead, family doctors are self-employed (their practices are in effect small businesses) and they are contracted to the health service.

GPs can choose to work exclusively in private GP work despite their extensive training having been publicly funded. And unlike most employees they have no limitations on working part time.

A few qualified GPs have always worked as salaried NHS employees. They can be employed by a GP practice or by locum services or out of hours agencies. There is no obligation on these employers to follow NHS pay and conditions and pay. Many do but the BMA rightly fears this situation could be a means to drive down pay and worsen services.

The number of employed doctors has increased sharply over the past two decades, especially with the growth of large GP groups, owned by healthcare companies.

‘Two doctors must be trained to produce the equivalent of one full-time GP. That process takes around eleven years to attain full competency…’

According to a BBC Panorama documentary broadcast on 13 June the largest of them, US-owned Operose, is operating with inadequate cover and is using less qualified (and lower paid) staff without the necessary supervision. The company denies the allegations.

On the surface it looks as if there is a problem with GP distribution across the country, but it is just the latest manifestation of a problem of GP funding dating back to the creation of the NHS.

Moving to more employed doctors could be part of the solution to the inequalities in the service exposed by the Nuffield report. But to be effective they would have to be directly employed by the NHS – and not by agencies or healthcare conglomerates.

There was an initiative that used doctors directly employed by the NHS and integrated with other services. Known as polyclinics, they began with trials in London in 2008. Views about their value differed, but the initiative was killed off by the incoming 2010 coalition government – Andrew Lansley’s first act as secretary of state for health.

The present government is reviewing health care across the board, but seems more influenced by think tanks like Policy Exchange and is not listening to health care workers.

The NHS does have the capacity and expertise to find a solution. It begins with openness about the facts including GP funding, patterns of part time work and the contract. And the disparity in approach to health between England, Scotland and Wales must be addressed.

As a nation we are not short of expertise about running complex systems. Accessing a GP in a timely manner is vital for our health. It is a problem demanding a radical solution.