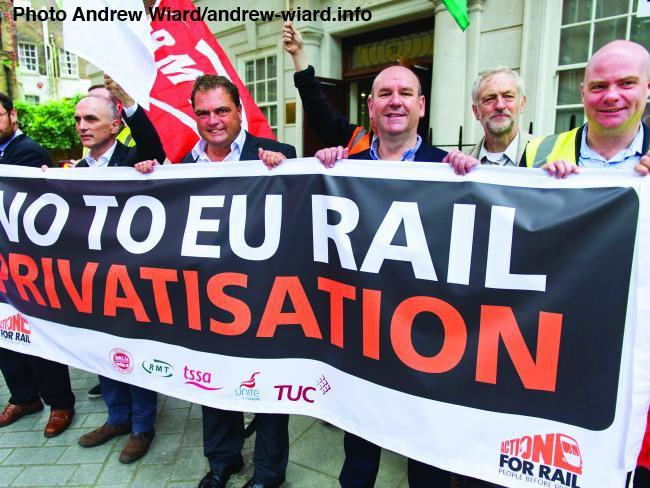 Rail unions protesting in 2013 about the EU damaging their industry; they have long seen through the EU myth.  Photo Andrew Wiard/andrew-wiard.info

On Thursday 19 May, three unions issued a joint statement explaining why they back Brexit.

RMT (representing rail, maritime and transport workers), Aslef (train drivers) and BAFWU (bakers, food workers) condemned Cameron’s deal to reform Britain’s role in the EU. They said “We note that David Cameron secured only very minor changes to EU rules and believe this demonstrates that there is little hope of reforming the EU.

“It is a myth that the EU has won workers’ rights and protections for workers. Nearly all the laws that protect workers in Britain are UK laws which have been won by the struggles and campaigns of the British trade union and labour movement.”