US admits to ground troops in Yemen 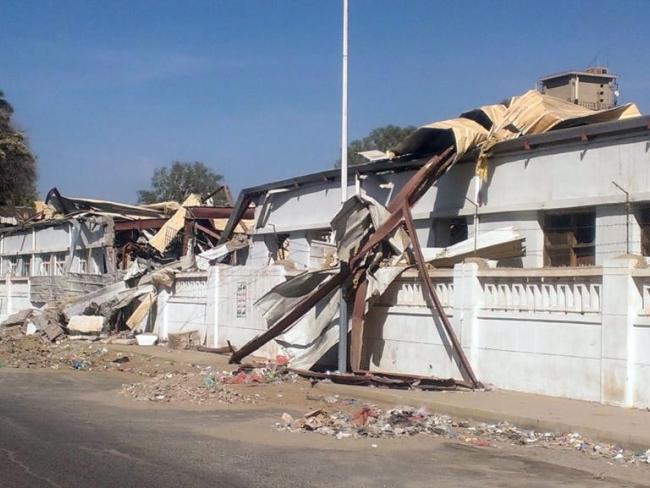 Sanaa, Yemen: this textile factory was bombed in July 2015, leaving more than 1,300 people unemployed. Many of the workers had to seek work work as day labourers

On 11 December President Trump admitted for the first time that the USA has “a small number” of ground troops in Yemen. The US government has also given arms and logistical support to the Saudi-led coalition invading the country.

British sales to Saudi Arabia since the start of this war include £2.2 billion worth of aircraft, helicopters and drones, £1.1 billion worth of missiles, bombs and grenades and £500 million worth of tanks and other armoured vehicles. Last December the government admitted that the Saudis had used British-made cluster munitions, which are internationally banned.

This Saudi-led coalition has recently imposed a blockade of all air, sea and land ports into Yemen. This could well inflict famine on “millions of victims”, warned Mark Lowcock, the United Nations undersecretary-general for humanitarian affairs. This is on top of the siege imposed since March 2015 that has put seven million people on the brink of famine and precipitated the world’s worst current outbreak of cholera, affecting about 900,000 people.

The Red Cross said that the latest closure prevented it from delivering a shipment of chlorine tablets, necessary for the prevention of cholera, and fears that it will not be able to deliver 50,000 vials of much-needed insulin. Humanitarian access to the country has also been impeded, the United Nations said.

Shhh! Don’t mention Britain’s role in the bombing of Yemen...
No end to foreign attacks on Yemen
Britain's role in the Saudi attack on Yemen