Skip to main content
Home » News/Views » We need a discussion, not a postmortem

We need a discussion, not a postmortem 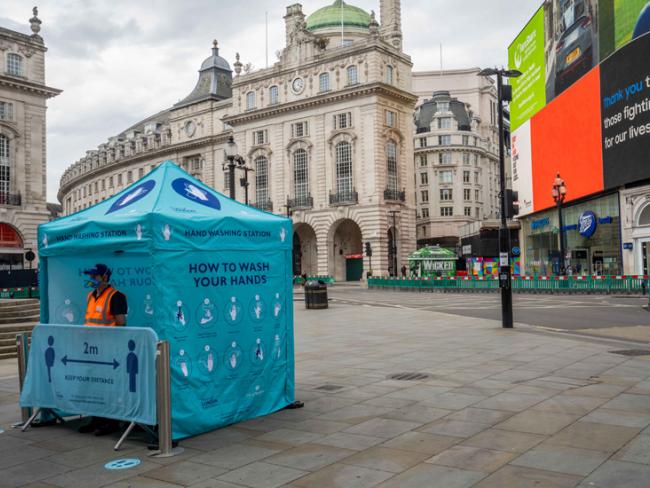 The new normal: 16 June 2020, and a deserted Piccadilly Circus, London. Bold decisions will have to be taken. Photo PPandV/shutterstock.com.

The death, illness and disruption caused by Covid-19 are not over, even if much diminished. Yet even before the lockdown ends, speculation and blame have been rife. There are significant long-term lessons for Britain and our working class which will take time to implement.

The debate has only just started, but it’s too early for any tastelessly named “post-mortem”. And while there’s no gain in hindsight without looking deeper, there is plenty we can say already about how our health and social care systems are set up and managed.

Many facts and more information will no doubt come to light. The British people will have to address, among other things, the manufacture and stockpiling of PPE, the manufacture and supply of ventilators, the number of intensive care beds, and the need to increase our capacity to train health workers rather than depending on a supply from abroad.

Investigation into the structure of health and social care is clearly now crucial. The 2012 Health and Social Care Act was a disaster, as we’ve reported in Workers over many years. Now it can be seen as something worse than we imagined: the cause of unnecessary deaths.

The Act abolished strategic health planning and the Strategic Health Authorities which carried it out. That was a terrible blunder – philistine, short-term and unforgivable. They will have to be replaced.

The SHAs’ functions were dispersed to a myriad of new “Arm’s Length Bodies” (ALBs), Public Health England, Health Education England, NHS England, the list goes on – joined by their equivalent shadows in Wales and Scotland.

The Act also abolished Primary Care Trusts even as they were showing a growing organisational capacity. They were replaced by the entirely untested idea of General Practitioner Commissioning, which as predicted at the time soon became the playground of accountants and consultants. The safe pair of hands that patients could expect to find with their family doctors was replaced by the ethos of service commissioning.

Workers should ask how much better prepared the NHS would have been to face the Covid-19 pandemic had those structures not been abolished in 2012. And if government or anyone else is unwilling to answer, we will have to demand they do so.

In the past eight years we have seen thousands of experienced health workers made redundant and new, untried systems put in place. – eight lost years of further development in expertise. That entirely unnecessary upheaval will have reduced NHS capacity. The question is what should we do now to avert another calamity.

The impact of earlier disastrous decisions on pandemic preparedness will have been far more detrimental than any temporary shortage of masks or a few days delay in ordering lockdown. Indeed, it is the very lack of strategic planning that is responsible for the shortages of PPE and the failure to provide a coordinated response of anti-pandemic measures.

Within the NHS there are those who have over the last few years been quietly countering the criminal fragmentation of the 2012 Act, rebuilding a more unified service and delivery structure. This restructuring has brought together the Clinical Commissioning Groups (GP Commissioning) which replaced Primary Care Trusts.

More significant is the creation of Integrated Care Systems. These organisations can potentially go beyond even the former SHAs because they bring together the providers of Acute Healthcare with a putative planning system.

This planning approach reaches back even further in time than SHAs to an organisational model without an internal market. The direction of this change, if sustained, offers the prospect of sweeping away Thatcher’s market-based chaos. It is positive and radical, yet many have not even noticed that it is happening or grasped its significance. That goes for most health workers and trade unions, and naturally the parliamentary opposition parties.

Difficult decisions are in the offing. For example, the pandemic response relocated much elective surgery away from general hospitals, or suspended it altogether, leading to the burgeoning of intensive care capacity within those hospitals. Where work was transferred elsewhere to facilitate this expansion the question now arises as to whether that work should go back to the hospitals that originally undertook it.

‘The NHS has so far withstood its most severe test. The same cannot be said for social care…’

Is there virtue for example in transferring all paediatric work in North Central London to Great Ormond Street? ICU and other acute work could then be concentrated at the large general hospitals in the sector. We can now plan these things rather than rely on Thatcher's “internal market” – but only if we grasp the nettle. The shift from elective surgery was so successful that it was not necessary to fully utilise the Nightingale Hospitals. But we should recognise the planning and organisation shown by the Army in creating those facilities in a few weeks.

The idea that we cannot return to normal is abroad. Few are saying yet what should happen instead. We, patients as well as health workers, will have to be bold enough to take far reaching organisational decisions which that operational pandemic planning has shown is needed. That’s the next stage to grapple with alongside the direct medical and public health issues such as contact tracing and vaccine research.

And then there is social care. The NHS is fragmented and subjected to competition, but the fate of social care was far worse. The health service has little or no direct responsibility for provision of social care but is affected by it. Poor social care provision brings about more ill patients and too often makes discharging patients difficult.

It is hardly surprising that a large number of Covid-related deaths occurred in care homes. The real surprise would have been if it had been otherwise.

But the answer is not to integrate health and social care; old age is not a disease. The NHS is far too monolithic as it is and will need to focus on repairing the damage of the past decade. The issue is how social care is to be funded and organised in the future to complement the NHS.

Any long-term stable reorganisation of healthcare planning and delivery must have at its core the coordination of health and social care provision. For example we need a funding structure for social care that enables discharge from hospital when patients are medically fit. At the moment that’s often held up because of a lack of social care.

The signs are good for the NHS as it has so far withstood its most severe test. The same cannot be said for social care, which will need to be taken in hand. The working class demand for dignity in old age, so much part of our past but less often articulated now, needs to come to the fore. Success in prolonging longevity of life is just that, a success; it should not be a burden.

We must as a country find the resources, the structures and the workers to run a service which is not a waiting room for the mortuary. It should be a safe and meaningful experience for workers who have contributed all their lives, and do not deserve a profit-driven chaotic system that they have to sell their house to pay for.

Health workers themselves need to take responsibility. They must not just stand and applaud, or for that matter stand and be applauded. The changes under way are occurring without the input yet of those most interested in their success – all of us!