Why we all need the Union – and sterling 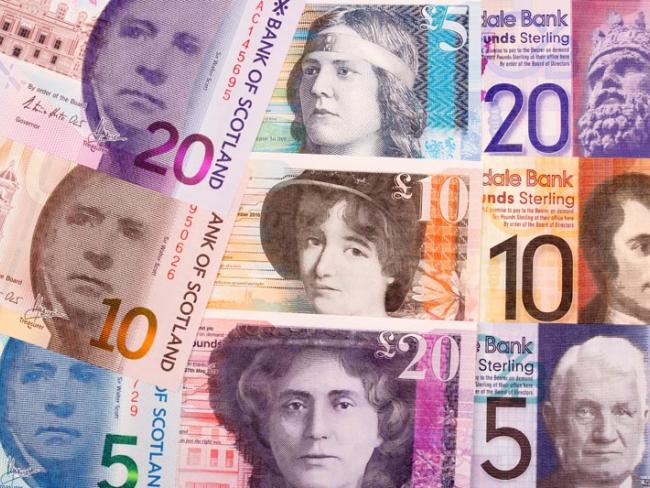 The threat to the unity of the British working class comes not just from separatists, but also from those throughout Britain who kid themselves that it doesn’t matter to them. It does. And nowhere more than with the currency…

It is music to the Welsh and Scottish separatist ears when a worker in the southern part of Britain says, “Well, if they want to break up Britain let them.”

The assumption behind this is that the remainder of Britain would be fine without them. This type of beggar-thy-neighbour thinking needs to be addressed – because we would all lose if break up were to occur.

Open support for separatism is one thing. But it is also important to identify the appeasers who pretend to be British patriots while pushing to give the likes of the SNP more powers. Their divisive objectives are currently smuggled in under the guise of “constitutional settlement”.

Like separatists, the appeasers also rely on workers in England shrugging their shoulders in indifference. But surely even to be still talking about the break-up of Britain in 2021 is bizarre. We should instead be addressing British independence and how to achieve industrial self-reliance wherever possible. And that means a united working class.

Yet there are people trying to encourage British workers to shoot themselves in the foot. This type of divisive encouragement does not come about by accident – it is born from a fear of having to face a united British working class that wants an industrial and commercial future.

Within all this, the importance of British working-class unity cannot be expressed with a few warm words: it must have substance and be linked to reality and needs.

First, the reality is that Britain’s economy is based on mutuality across the whole country. Taxation, spending and monetary policy remain largely coordinated. It means risks are pooled with a common insurance against uncertainty

For example, during the virus crisis currency reserves became immediately accessible. That risk sharing and pooled exposure to risk would be lost through break-up.

It is also worth noting that our mutuality is still clearly evident – despite the appeasers’ best endeavours. These include Westminster’s granting of devolved tax-raising powers in the aftermath of the 2014 SNP referendum defeat and the disastrous Smith Commission report.

The second reality is that the role of the Bank of England as the Central Bank and a government able to borrow in its own currency is vital to any response to the type of problems we currently face – and that includes resolving the problems left over from the banking collapse of 2008 to 2010 which still need to be resolved.

The fact is that the political grandstanding and “rainbow politics” that have plagued local administrations since the 1980s have simply led to workers being even more alienated from local councils.

Those “progressives” who refute this suggestion should honestly ask themselves whether their endeavours have brought a clearer understanding of socialism. Or have they simply fostered division among the working class under the weasel word “diversity” (as in let’s celebrate division)?

Political confusion of this nature, so painfully evident since 1979, gave the likes of the SNP the opportunity to step into a vacuum created by successive government attacks on local authorities. Actually these attacks, including the Poll Tax push, gave the SNP and its acolytes a fake alternative narrative.

The outcome in 2021 is that we are saddled with mini parliamentary debating chambers with British civil servants in Scotland and Wales being tasked to administer break-up. All paid for by the British taxpayer. You couldn’t make it up.

‘As a means of reckoning, the pound is a major component in our collective fight for a better future…’

But it doesn’t end there. Just consider this SNP strapline currently featuring in election leaflets being pushed through letterboxes in Scotland: “We must not be denied our democratic voice again. To protect our international relationships, our economy and Scotland we must become an independent nation and take our place in the world.”

How hollow these words sound when set against reality. One of Britain’s central realities is our currency, the pound, which unites working people in its role as a medium of exchange, a unit of account and a store of value. It is the key reference point in the fight for wages, pensions and improved living standards. As a means of reckoning, the pound is a major part of our collective fight for a better future.

So what does the SNP say about currency. Well, its “independent” strategy is to have a relatively long transition period – years and years – where it would continue to use sterling. So, the question is where does British democracy fit in with this notion? Quite simply, it doesn’t.

The SNP assertion rests on the hope that those workers down South will meekly say that they can continue to use the pound if they want to. This limp indifference – if it were to prevail – does not have the grip of clear reasoning. It is not an informed democratic approach.

If the Bank of England is prevented by outside influences such as the SNP from regulating the quantity of money in circulation, then the task entrusted to it – of maintaining currency stability and the stability of the financial system – would have no meaning.

This is best summed up in the recent CPBML statement against break-up (see back page) where we note  that neither Wales nor Scotland could suddenly create their own currencies. Nor could either quickly join the euro, since that would involve accession to the European Union – a long and tortuous business. As the statement says, “a weaker, less stable currency could only be bad news for every worker in Britain”. Who then is to be denied a democratic voice? Does the SNP believe it has the right to seriously undermine the pound and have the rest of us shut up and put up while it does so?

Actually, the SNP demand is for precisely the type of currency structure workers rejected from the time of the Blair government’s Welsh and Scottish devolution push in 1997. The plan then was to introduce the euro shortly thereafter, in 2000.  Blair was still pursuing the idea in his second term of office.

Experience has since shown that separate countries using the euro – a currency which has no effective fiscal or central banking oversight – leads to severe problems. In effect most countries currently using the euro find that it bears no relationship to their country’s actual productivity rates.

The result is a contradictory non-mutualised mess without a unifying core.  Why would British workers want to replicate the shortcomings of the euro by permitting separate states to use sterling in the same manner? Yet it is just this structure that Scottish and Welsh separatists would like to see.

Given the collective attributes of our currency it is hardly surprising that those who want to undermine working-class unity are keen for the break-up of Britain – and by extension the break-up of the pound. Clearly the process of gradualism to help bring this about while pretending otherwise must be addressed.

Only one thing stopped these enemies of the pound from introducing the euro from 2000 onwards: the fact that British workers consistently rejected such an idea. Politically this made the anti-Britain project untenable. In 2021 the same attitude must be taken towards break-up, north and south.

We cannot wish away the attempts by separatists to break up Britain. The alienated thinking by some in England who meekly say “it’s up to them” must be tackled. It is high time that we all unite and focus on the independent future of Britain. Now that’s working-class democracy.