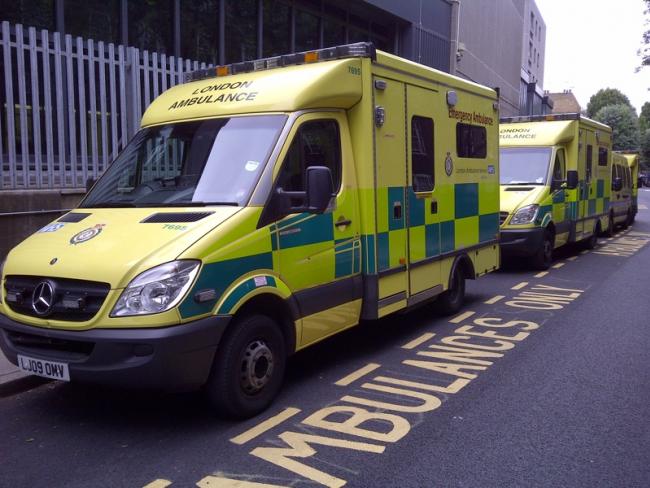 London ambulances. The service in the capital has agreed in principle to meet the unions’ claim.

Ambulance workers are to be balloted on their attitude to a possible national ambulance strike. The decision to move to a consultative ballot – along with other unions involved in the ambulance service, was taken at Unison’s annual Health Conference in Brighton at the end of April.

When Workers reported on the NHS pay dispute of 2014, it made the point that you get the settlement your industrial action deserves. By and large the response then to the unions’ strike call was poor, and so the final settlement left a lot to be desired.

The exception was in the ambulance service, where the strike was solid, and the effect alarming for the government. This higher effectiveness of industrial action led to two things: an offer of further negotiations over pay, and the (anti) Trade Union Bill. So, what developments have taken place since then?

Negotiations have indeed taken place with representatives of the government and employers‎. The talks have covered many elements, but the central claim is clear, an upgrading for paramedics (from NHS Band 5 to 6).

The employers have variously claimed lack of resources, and that pay is not the reason hundreds of paramedics have left the service. Tellingly though, two services, East of England and Yorkshire, have broken ranks and paid Band 6. At least one other, the largest, the London Ambulance Service, has agreed in principle to meet the claim.

Although the campaign involves all three ambulance unions, the campaign has been spearheaded by the largest, Unison. Balloting will take place in May and a decision on whether industrial action will follow will depend on its outcome.

Any action will also depend on the (anti) Trade Union Bill, which will probably be law by the time the unions come to ballot. This will require an unprecedentedly high response rate to render the action immune from prosecution.

But if the effect of the government's legislation is to force ambulance unions to only take industrial action when it is clearly supported by a majority of their members, then so be it!

In the meantime negotiations take place locally as well as nationally, notably in the London Ambulance Service, which could achieve local payment of B6. Services that meet the claim would be exempt from any industrial action.

Ambulance workers, and their unions, remain confident, and united. A victory in this claim would open the way for further steps forward in this vital service, and demonstrate an important lesson for other workers – that you get what you fight for.