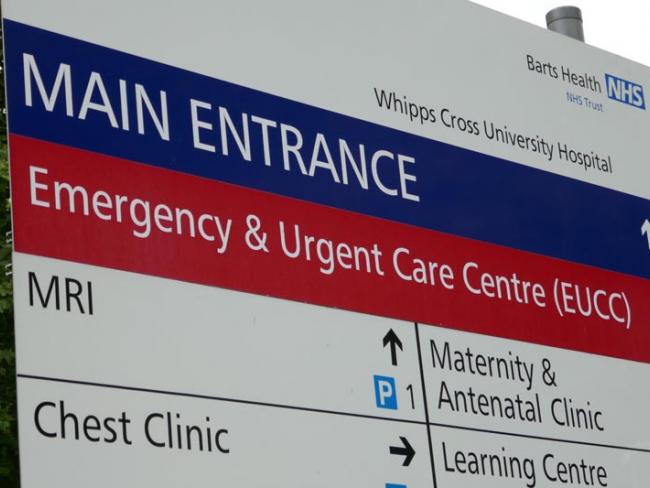 Unite set out on a strategy that undermines the NHS national agreement, known as Agenda for Change (A4C), by lodging wage claims which either have undermined the existing rate for the job or unless met in full will see wage increases lag behind A4C.

Unison has pursued a different strategy, one which all the health trade unions are signed up to support, including supposedly Unite: to promote A4C, extending the full range of A4C wages, terms and conditions, sickness policies, overtime rates etc for over 1,000 Serco staff.

This would keep them part of a wages progression which will leave the limitations of the London Living Wage behind and secure genuine improvements for the workers involved. Unite’s strategy of concentrating on the London Living Wage and a 30p an hour increase for its members would, say Unison insiders, remove them from Agenda for Change – effectively creating a two-tier workforce.

The transfer process was a sham. The trade unions, disjointed as they are at Barts, had no input at all into the procurement process for the contract, which could run for up to 10 years and be worth around £600 million. Barts Health washed its hands of over 1,600 staff, and Serco jumped at the chance to pick them up.

The staff, while previously outsourced to Carillion, had still been enjoying national bargaining advantages under A4C, pay and all else that comes with it. This was immediately halted.

Serco quickly froze all A4C increases, using the European Court of Justice’s 2014 Alemo-Herron ruling that staff employed under nationally agreed terms and conditions were not automatically entitled to future negotiated pay rises after being transferred.

Barts Health sat firmly on the fence, claiming to be neutral to all parties and only willing to act as mediator. Though it claims the affected staff are still part of “Team Barts” (whatever that means), it signs contracts that put them on completely different terms and conditions from the rest of their colleagues in the NHS.

Unite promised its members an increase of 30p an hour, and strike pay almost covering the daily average wage of the workers. It then embarked on three rounds of strike action amounting to 23 days, but with diminishing involvement and minimal impact on the Trust. As Workers goes to press, Unite says it has suspended action to allow negotiations to take place, though Serco has said it has no new offers to make.

Unison, meanwhile, has had an offer from Serco to meet its demands for the full implementation of the NHS A4C award and the retention of Barts policies and procedures – without Serco attempting to introduce changes without agreement. Serco with Barts are examining the third demand of moving all staff on the London Living Wage onto A4C pay rates.

There are two fundamentally different approaches in this dispute. Unite with its ultra-left agenda (instigated from outside the Trust) are trying to make cheap capital at the expense of low-paid workers.

Unison is pursuing an agreed joint health trade unions strategy of retaining and expanding A4C and at the same time bringing to heel the new employer, Serco.

The company, which is one of the world’s largest private service contractors (prisons, transport, defence, health, education, leisure, and so on), is in financial difficulties.

As the strike has drawn on, more and more staff are beginning to see the light through the clouds. The message about the importance of protecting A4C is beginning to resonate as staff frustration about Unite’s tactics begins to surface.

Had the action been planned from the beginning and had Unite approached Unison for a joint pay campaign based on A4C, things may have been different. As it is, the action looks set to lead to further uncertainty and frustration.