Shutdown ahead as Tube workers prepare to walk out 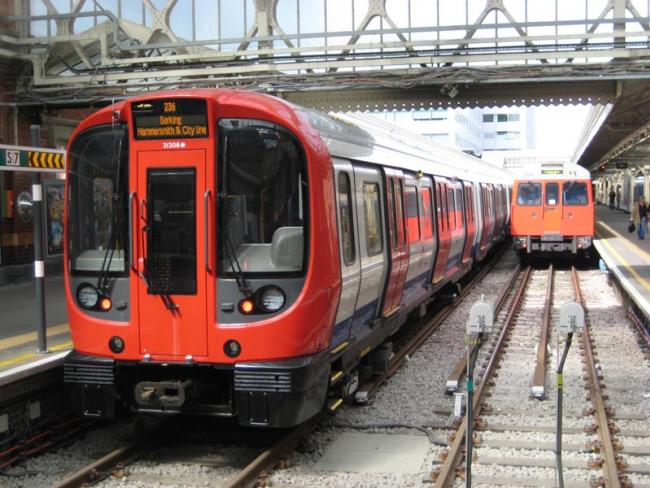 The entire Tube network will be shut down by the action. Photo: Workers.

London’s Tube services are set for a complete shutdown this evening (Wednesday) as all the major unions in London Underground strike for 24 hours from 6pm in a dispute over the introduction of all-night Tube trains. The RMT, Aslef, TSSA and Unite have all recorded strong majorities for action.

The unions are in favour of the “Night Tube”, as it is known, which is set to be introduced from September. But they are incensed at the absence of agreement over staffing levels, and at London Underground’s “divisive and unacceptable” – as the RMT puts it – offer of remuneration for the new service.

“The suspicion is that TfL [Transport for London] don’t really want to run the Night Tube which is why, after months of not talking to us, they only improved their offer yesterday,” said Aslef general secretary Mick Whelan on Tuesday.

“We believe in the Night Tube because we believe that London, which is one of the world’s greatest capital cities, deserves a 24-hour public transport service. But we also believe in a proper work/life balance for the drivers who are delivering that service, and that is something which TfL is failing to deliver.”

‘The suspicion is that TfL don’t really want to run the Night Tube.’

The ballot turnouts have made a mockery of the government’s plans to introduce minimum turnouts and margins for lawful industrial action in “essential” services. Drivers’ union Aslef, for example, recorded a 98 per cent vote for action on a turnout of more than 80 per cent.

Only a minority of staff are being offered anything – in their case, a one-off lump sum. “The remainder of the staff are ignored and the key issues of work/life balance and the personal health and safety concerns are sidelined,” said RMT general secretary Mick Cash.

On top of this, London Underground is looking to finance its offer by axeing more than 800 safety-critical station jobs. The deal is “deliberately constructed to play individuals off against each other in the most cynical fashion,” said Cash.

“The non-pensionable, one-off payments for the implementation of Night Tube are an insult to staff, as are their attempts to force a ‘no strike’ deal and prevent staff from making any further claims for allowances or pay over the next two years,” says TSSA.

* There will be separate industrial action on First Great Western (FGW), where RMT members will strike for 48 hours from Thursday 9 July. The fight there is over jobs, services and safety as a result of the introduction of the new Hitachi Inter-City trains.

“It is frankly ludicrous that East Coast, who are introducing the same trains, have given us the assurances we are seeking but FGW have ignored us and are crashing on with the ripping out of buffet cars and the threat to safety-critical station and train staff purely to maximise the profits from new trains bought for them by the British taxpayer,” said Cash.